President Barack Obama informed Congress on Aug. 28 that he intends to cap military pay raises at 1.3% next year.... 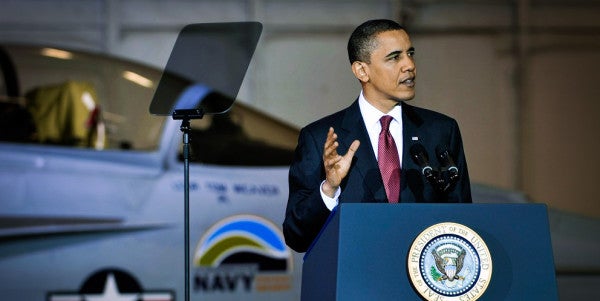 President Barack Obama informed Congress on Aug. 28 that he intends to cap military pay raises at 1.3% next year. This is part of a plan to keep defense spending down, and in a letter to House and Senate leaders, the president called the move unfortunate, but necessary.

“As our country continues to recover from serious economic conditions affecting the general welfare … we must maintain efforts to keep our nation on a sustainable fiscal course,” he wrote. “This effort requires tough choices, especially in light of budget constraints.”

If the pay cap stands, it will make this the third year of increases that fall below the estimated private-sector wage growth, further widening the pay gap between military and civilian salaries.