On Oct. 13, hundreds of people gathered to honor 28 fallen service members through a program called Forgotten Heroes, launched in... 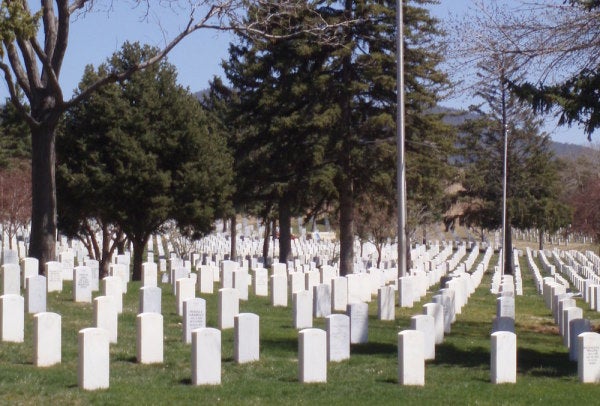 On Oct. 13, hundreds of people gathered to honor 28 fallen service members through a program called Forgotten Heroes, launched in 2010 to provide proper funerals for soldiers whose remains have gone unclaimed. The 27 men and 1 woman who were buried died in Bernalillo County, New Mexico, between January 2011 and June 2014.

Members of the American Legion Riders and Patriot Guard Riders escorted the cremated remains to the Santa Fe National Cemetery, where they were placed on a table, then covered with an American flag. New Mexico Gov. Susana Martinez delivered a eulogy, thanking them for their service. At the end of the ceremony, military personnel from all four service branches joined to fold the flag and present it to Martinez.

“We are here for them to say goodbye and give them the salute they deserve,” Martinez said.