Trump’s Rhetoric On Muslims May Be Helping ISIS Cause

When Republican presidential candidate Donald Trump called for a “total and complete shutdown” of Muslims entering the United States on... 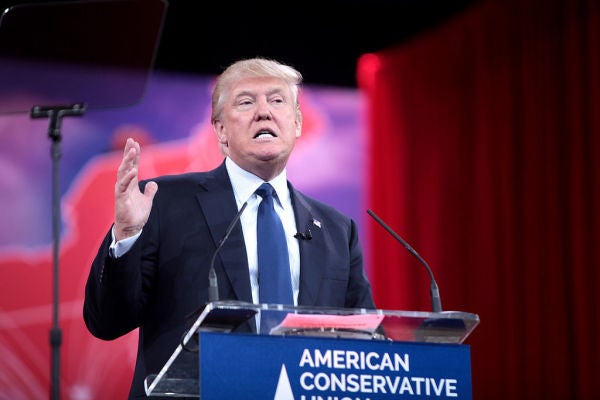 When Republican presidential candidate Donald Trump called for a “total and complete shutdown” of Muslims entering the United States on Dec. 7, he not only set off a firestorm of resentment on social media, he may have been playing into Islamic extremist hands.

In an editorial for The Washington Post, Ishaan Tharoor writes how groups like the Islamic State use this rhetoric to strengthen their cause by painting the West as anti-Islamic.

“Trump is not exactly aiding the cause of ‘cohesion’ and ‘tolerance, “ writes Tharoor. “The knee-jerk xenophobia of the U.S. election cycle may have its domestic political uses. But its wider impact could be far more dangerous than what any presidential candidate may fathom.”