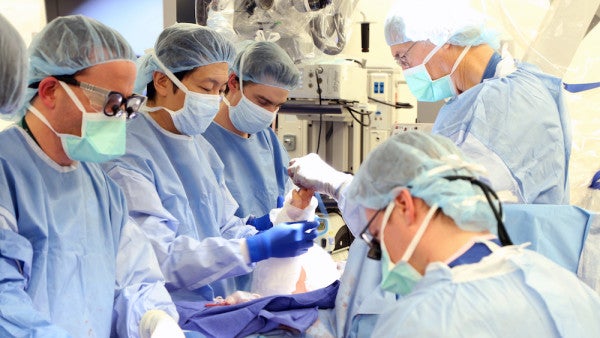 Next week, veterans Bryant Jacobs and Ed Salau will become the first amputees to receive prosthetic implants. Both Iraq War veterans — Jacobs lost his right leg to a roadside bomb, while Salau lost his left to a rocket-propelled grenade in 2004.

The procedure, which surgically implants percutaneous osseointegrated prosthesis into a limb, will leave a rod sticking out of each of their femurs, allowing them to attach prosthetics.

“I'm more than happy to be the guinea pig,” Jacobs said.

He hopes this procedure will make better the lives of the nearly 6,000 amputees in the VA system as well as civilian amputees.