Two weeks ago, more than 30,000 troops from across NATO convened in Poland to execute the largest joint military exercise... 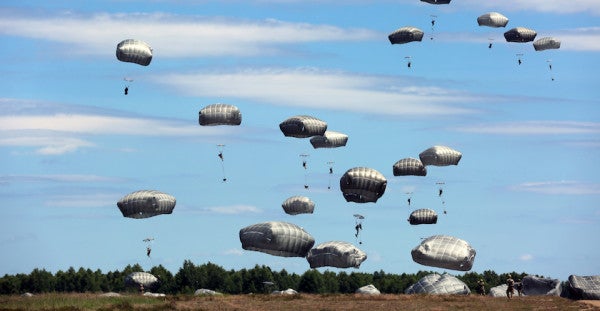 Two weeks ago, more than 30,000 troops from across NATO convened in Poland to execute the largest joint military exercise since the end of the Cold War. Called Anakonda 2016, the war games involved American soldiers, including many from the 173rd Airborne Brigade, and were intended to demonstrate NATO’s military capabilities on the European continent as a unified response to recent Russian aggression. The exercise concluded on June 17.

In addition to extensive land operations, Anakonda 16 involved airborne missions that dropped thousands of soldiers over Poland. According to the Aviationist, during one of those missions, a Polish trooper’s parachute failed to open, forcing him to deploy his reserve only a few hundred feet above the ground. It’s the ultimate nightmare scenario for anyone who’s ever jumped out of a perfectly good airplane. Fortunately, everything appears to have turned out alright.