In 2013, Prince Harry shocked reporters with a candid assessment of the five months he had spent supporting ground troops... 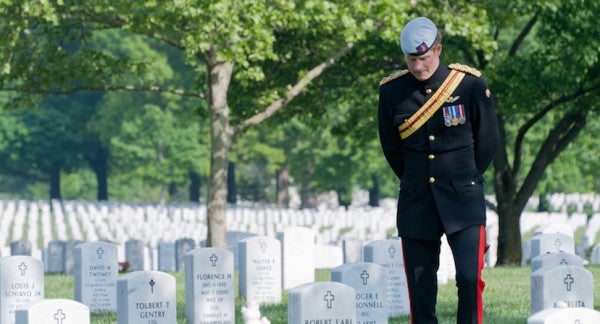 In 2013, Prince Harry shocked reporters with a candid assessment of the five months he had spent supporting ground troops as an Apache helicopter pilot during his second combat tour in Afghanistan.

In an interview conducted with reporters prior to departing Afghanistan, Harry, then 28 years old, admitted to killing insurgents. “If there’s people trying to do bad stuff to our guys, then we’ll take them out of the game,” he said. “Take a life to save a life.”

That was more than three years ago. Now, Harry, who left the British Army in 2015, admits that he’s still struggling to cope with some of the things he experienced overseas.

“I described it to someone ages ago as one of those slide shows that go through your mind,” Harry recently told Sky News. “If you’ve got a good imagination as well, everything that you see, especially if it’s something that is quite powerful, then that slide is in there.”

Harry was speaking to promote the Invictus Games, a Paralympic sporting event for wounded service members from militaries around the world, which he launched in 2014.

This year’s games begin on May 8 in Orlando. More than 500 men and women from 15 nations will compete in 10 different sporting events, including wheelchair basketball, archery, cycling and powerlifting.

It’s the largest competition of its kind in the world, and former President George W. Bush is an honorary chairman.

It’s clear that Harry’s time in Afghanistan continues to shape the way he perceives himself. Royalty or not, he’s still a combat veteran, albeit an extraordinarily influential one. Of the wounded soldiers competing in the Invictus Games this year, he said:

“You know there are images I’ve been lucky enough not to see, but there have been images that I’ve been unfortunate to see, nothing like some of these guys, but, yes, there is a percentage of me being able to relate to exactly what they go through.”