Last week, U.S. Army Green Beret Tim Kennedy announced his decision to step away from competing professionally as a mixed... 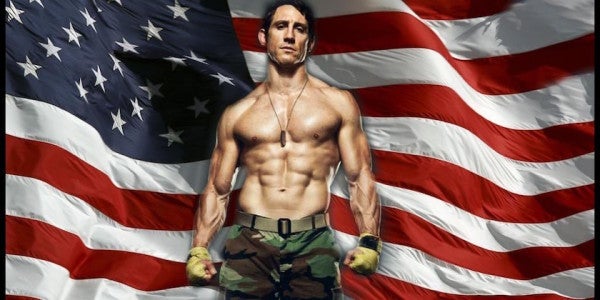 Last week, U.S. Army Green Beret Tim Kennedy announced his decision to step away from competing professionally as a mixed martial artist for good. Now, a bizarre Twitter feud involving Texas Sen. Ted Cruz has raised the possibility of the 37-year-old middleweight heading back to the octagon for an encore fight.

Against whom? Tim Marchman, the editor of sports website Deadspin.

It all began when journalist Ashley Feinberg wrote an article called “Send Us Proof Of Ted Cruz Playing Basketball,” which was prompted by news that the former Republican presidential candidate was attempting to strengthen relationships on the Hill by starting a weekly basketball game in the Russell Senate Office Building.

Cruz replied to the story via Twitter with a photo of Duke University guard Grayson Allen, to whom he bears a striking resemblance, with the accompanying caption, “What do I win?” A harmless enough response, but Deadspin apparently didn’t interpret it that way. Their reply: “Go eat shit.”

Feinberg herself seemed to take it in good humor. Marchman, however, entered the fray guns blazing.

Then he threw down the gauntlet.

And Tim Kennedy picked it up. Kennedy has been fighting professionally for the entirety of his adult life, and not just in the ring. A recipient of a Bronze Star with Valor, he’s served in the Special Forces since 2004 and has deployed multiple times to both Iraq and Afghanistan. In the octagon, he boasts a 18-6 record since 2001.

Kennedy’s decision to retire from professional MMA came on the heels of a recent loss to Kelvin Gastelum at UFC 206. But I’ve met the man and I’ll tell you this: he’s a fucking beast.

And apparently he’s not especially fond of being called a cuck.

I'm your huckleberry. I also take note that you are a pathetic cyber bully. My email is tim@rangerup.com I'm available at your leisure. https://t.co/6AS3qAllXV

With the challenge issued and accepted, there’s only one thing left to do: fight! At the time of this writing, Marchman had not yet replied to Kennedy’s tweet. But he will. Of course he will. I mean, come on, who wouldn’t want to fight this guy?