A gunman opened fire on Republican lawmakers practicing for an upcoming congressional baseball game on a YMCA field in Alexandria,... 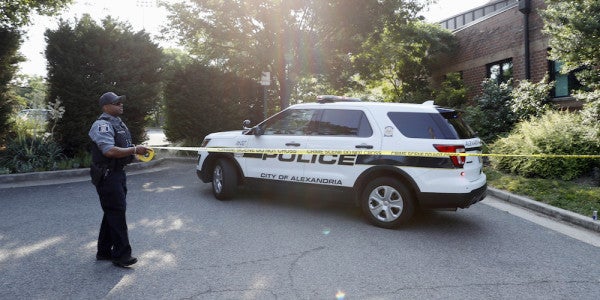 The gunman reportedly fired 50 shots from a rifleat members of the Republican congressional baseball team practicing on Simpson Field some 10 miles, exchanging gunfire with armed Capitol police officers before being taken into custody by local law enforcement.

Amid the chaos, however, one lawmaker’s experience as an Army doctor served him well: Rep. Brad Wenstrup, a Republican congressman from Ohio and an Army Reserve combat surgeon who served in Iraq from 2005 t0 2006 at the age of 46, earning a Bronze Star and Combat Action Badge for his service.

“I felt like I was back in Iraq, but without my weapon,” Wenstrup told CBS News, adding that if congressional security hadn’t been present, it “probably would have been far worse.”

“I felt like I was back in Iraq as a surgeon,” Rep. Wenstrup says on shooting at Alexandria, Va., baseball field https://t.co/TMJLmj8HPcpic.twitter.com/puocMgmQcN

A podiatric surgeon, Wenstrup reportedly rushed to treat Scalise, using “some kind of scissors to cut through Scalise's pant leg to get to his wound,” the Cincinnati Enquirer reports. Aided by Sen. Jeff Flake of Arizona, Wenstrup reportedly applied pressure to Scalise’s wound until medical personnel arrived.

And his fellow lawmakers are grateful. “After the shooter was down … we deferred to [Wenstrup’s] judgment on what to do,” Rep. Mo Brooks, a Republican congressman from Alabama, told CNN.

Wenstrup, elected to serve Ohio’s 2nd congressional district in 2012, serves on the House Armed Services Committee and Committee on Veterans’ Affairs. As a member of the Army Reserve since 1998, Wenstrup frequently treats patients at the Walter Reed National Military Medical Center in Bethesda, Maryland.

“We are still at war, and we still have men and women making tremendous sacrifices of life and limb,” Wenstrup told The Hill of his hours at Walter Reed in 2013. “They need to be remembered.”

Watch Wenstrup give a harrowing account of the shooting to CBS News:

“People were running for cover. There was a guy behind the 3rd base dugout shooting a rifle,” Rep. Wenstrup says https://t.co/TMJLmj8HPcpic.twitter.com/Z1mlgtYw20

Wenstrup's office did not immediately respond to request for comment.