Meet The 17 Service Members Joining Team USA At The Olympics

There are few greater honors than getting to represent your country on the world stage. But for 17 service members... 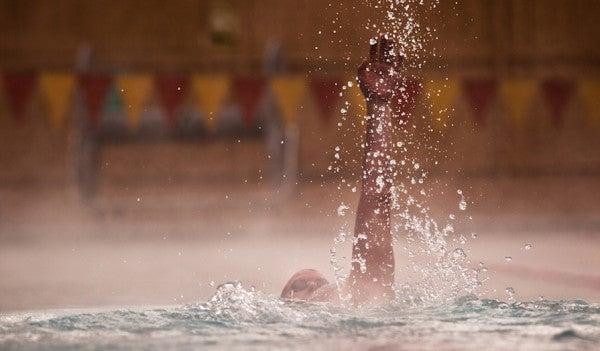 There are few greater honors than getting to represent your country on the world stage. But for 17 service members who do that every day in the field, going to the Olympics in Rio, Brazil this summer holds twice the privilege.

When these 17 extraordinary men and women head to the Olympic arena in August, they will be taking their patriotism to a new level, and hopefully bringing back some gold for Team U.S.A.

Army soldiers and teammates Paul Chelimo and Nicholas Kipruto finish the Army Ten Miler at 48:19 with Chelimo winning by seconds.

Army 2nd Lt. Sam Kendricks competes in the preliminary round of the men's pole vault on July 2, 2016, at the U.S. Olympic track and field trials in Eugene, Oregon.Army photo

Army Sgt. Elizabeth Wasil stands on top of the podium as the Stars and Stripes are raised after being awarded the gold medal in the 100m breastsroke in the CISM ISC para-swimming classification during the 2015 Conseil International du Sport Militaire (CISM) Swimming & Para-Swimming Open.Armed Forces sport photo

Spc. Nathan Schrimsher of the U.S. Army World Class Athlete Program rides a horse named Taboo en route to earning a berth in the 2016 Olympic Games with a third-place finish in men's Modern Pentathlon at the 2015 Pan American Games on July 19 in Toronto.Army photo