Dozens Of Dogs Allegedly Murdered After Security Contract Breaks Down

Several sources are reporting that 24 to 40 dogs have been killed, and their bodies piled like trash, after a... 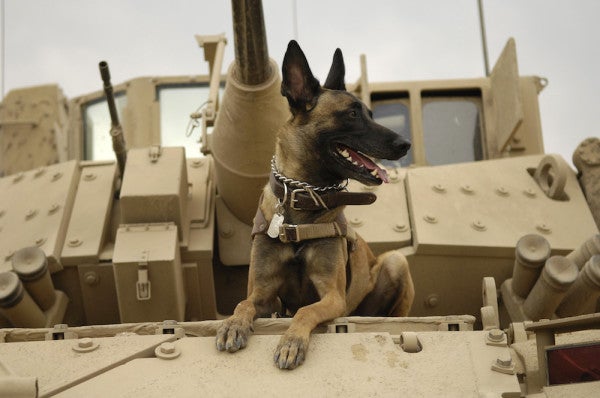 Several sources are reporting that 24 to 40 dogs have been killed, and their bodies piled like trash, after a terminated work contract on June 17 in Shuaiba.

These explosive detection dogs were reportedly employed by a Kuwaiti company called Eastern Securities, which was hired by Kuwait National Petroleum Company to provide security on its oil rigs.

Photographs of the dead dogs piled against cages emerged on social media over the weekend, including one of a man standing over a dead dog, with his foot on its body.

The Arab Times contacted the security company, and an employee, speaking on condition of anonymity, said that while handlers had not been paid for two months and the contract was indeed lost, the dogs had been humanely euthanized solely for medical reasons.

However, the site Tactical Shit reported that another anonymous employee, who claims to have worked as an assistant program manager for Eastern Securities, said company owner Bill Baisey and his program manager, Tony Touchet, were aware that the dogs were murdered, not euthanized, adding that he believes 40 of 90 dogs were slaughtered.

Task & Purpose reached out to Eastern Securities for a comment, but the company has yet to respond.

Since the photos were released, a Facebook group called “Eastern Securities of Kuwait and Bill Baisey – The Truth” posted the graphic photos to spread awareness. According to the group, both Baisey and Touchet are U.S. passport holders.