5 Weapons You Can Legally Own In The United States

These days, it seems you can’t get away from news about gun control or the National Rifle Association if you... 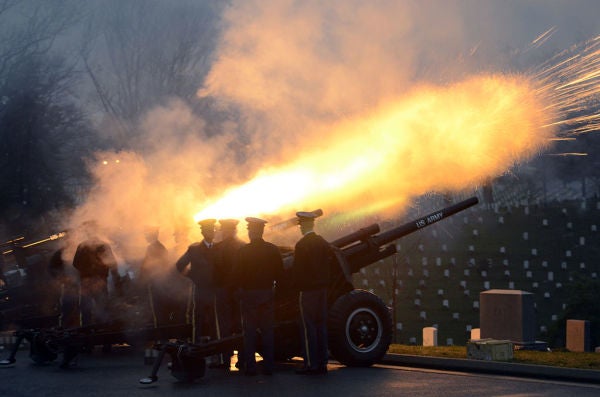 These days, it seems you can’t get away from news about gun control or the National Rifle Association if you happen to be a frequent surfer of the internet. With all the talk about whether or not we should limit access to firearms, it seems that discussion of all other weapons has fallen by the wayside.

But, in case you are one of the few looking for a gun-alternative to protect your home or have in case of a zombie apocalypse, there’s a whole slew of terrifying, unorthodox, or downright medieval weapons that you can use instead. Here are five our favorites.

Albeit medieval, the flail is still legal in the parts of the United States. Originally, it was a farming tool used to separate grains from their husks. But it turned into a European peasant weapon in the late middle ages. There are two types: one with a cylindrical design that looks like a bat with spike on the end, and the spiked ball-and-chain version. Supposedly, nunchucks are derived from this particular weapon.

Legal in just about every state, the crossbow is having sort of a renaissance right now. That may be thanks in part to beloved character Daryl Dixon’s use of the weapon on the extremely popular AMC show “The Walking Dead.” Though it’s been in use for centuries, unlike the flail, it has been modernized for contemporary use. But tried and true hunters know, and have always known, the crossbow will never go out of style.

Though federally legal, the cannon can only be licensed in a few states. Still, legal is legal. And while they are impractical, because they’re heavy … and cannon shells are classified as destructive devices under the 1934 National Firearms Act. Regardless, as far as this list is concerned, the cannon is my personal favorite, not that I’ve fired one. But what I wouldn’t give to see someone try to rob a bank at cannon-point.

I bet you thought swords would be illegal. But you can own a Katana, the chosen weapon of the legendary Japanese Samurai. The sword boasts a sharp, curved blade with a long grip to accommodate two hands. Just, if you do acquire one, try not to go all “Kill Bill: Volume 2” on everyone who wrongs you.

The chain whip is a terrifying Chinese piece of weaponry. It consists of several metal rods joined end-to-end, creating a flexible chain that can be used as a whip — hence the name. Generally, the whip has a handle at one end and a metal dart, used for slashing or piercing an opponent, at the other. Talk about gruesome.