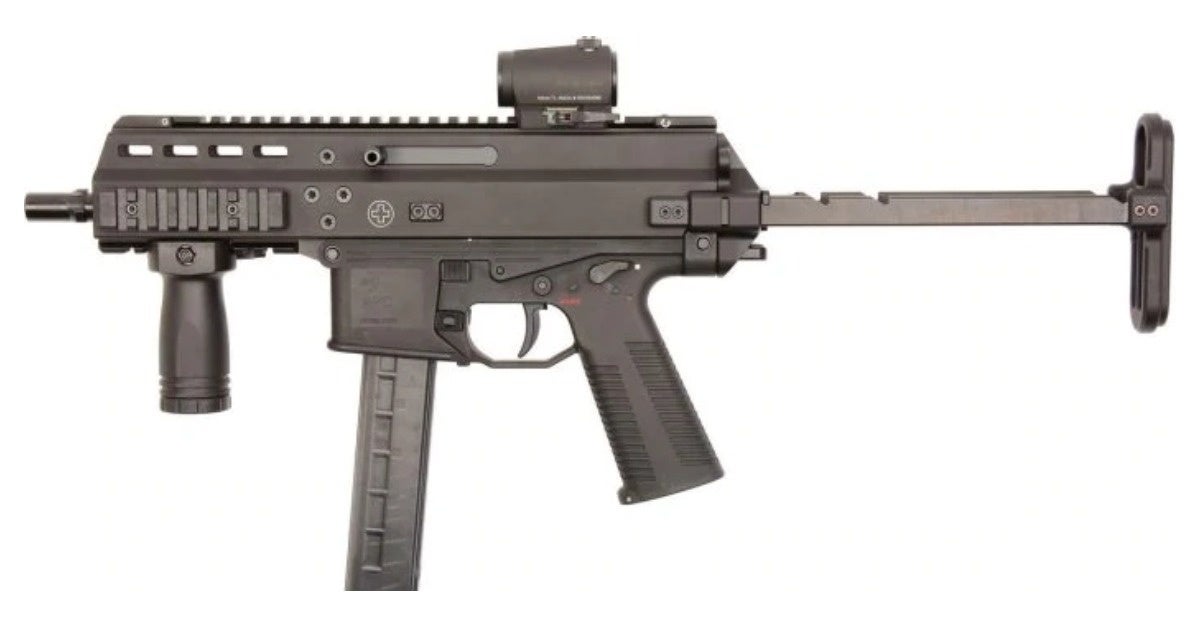 The service is acquiring 65 compact 9mm APC9K semi-automatic carbines, magazines, and associated spare parts, according to a contract award notice published on Tuesday.

The Army originally awarded a $2.5 million contract to Swiss contractor Brugger & Thomet to outfit the personal security details with the APC9K back in April 2020, with plans on acquiring between 350 and 1,000 of the compact weapons.

Purchased through the Army’s existing contract, the weapons will be delivered to the Air Force within the next 150 days, according to PEO Soldier spokesman Peter Rowland.

While it’s unclear when and where the Air Force may field its new cache of APC9Ks, it’s likely that they’ll end up in the hands of personal security details, according to Rowland, as a replacement for the Heckler & Koch MP5 security forces have brandished for decades.

PSD military personnel “require weapons with greater lethality than pistols that are more concealable than rifles,” according to the Army’s original special notice for its subcompact weapon, necessitating a fresh system “capable of engaging threat personnel with a high volume of lethal force while accurately firing at close range with minimal collateral damage.”

“Though we don’t know the exact configuration of the guns the Army is now buying, the APC9 PRO family of guns already includes a variant, the APC9 PRO K, that meets a number of the Army’s requirements,” as our colleagues at The War Zone observed in 2019.

“The improved variant features a modular lower assembly that comes in three different flavors to accept different types of magazines. B&T also offers a wide array of other optional accessories to go with the updated design.”

Here’s video of the system in action from B&T: