It's been nearly three years since since the Army took delivery of the first of its first souped-up M1 Abrams main battle tanks, and soldiers are already giving the new warhorses a workout 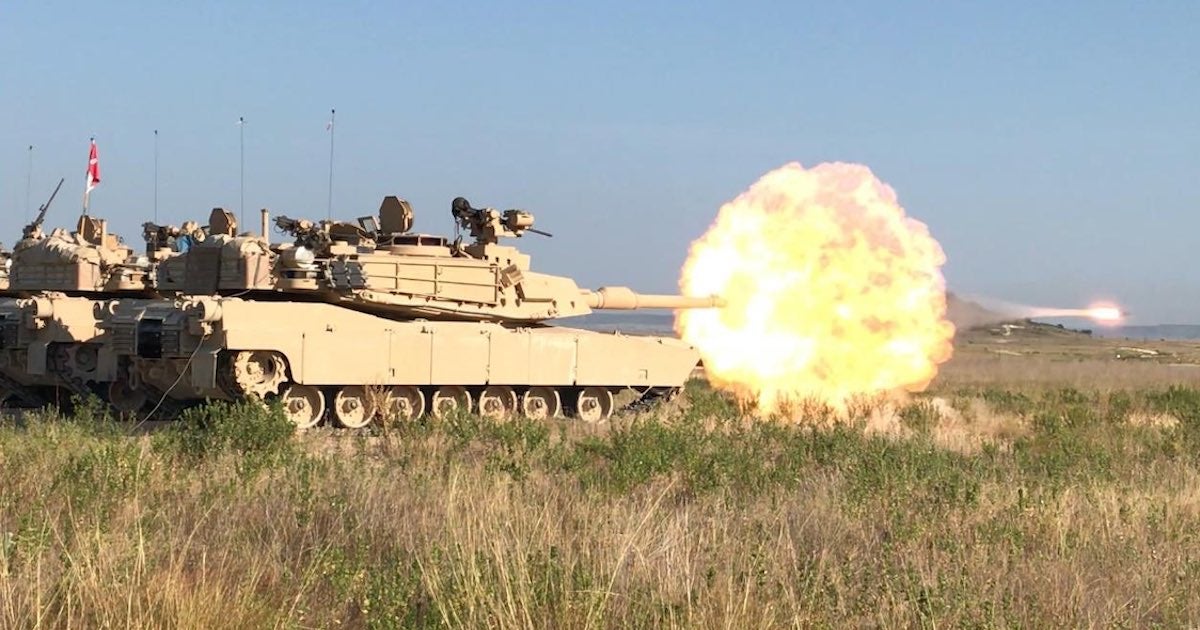 It's been nearly three years since since the Army took delivery of the first of its first souped-up M1 Abrams main battle tanks, and soldiers are already giving the new warhorses a workout.

Soldiers from the 3rd Battalion, 8th Cavalry, 3rd Armored Brigade Combat Team, 1st Cavalry Division become the first to take possession of the the M1A2 SEPv3 Abrams tanks, also known as the M1A2C, back in July.

“This is the first time we have fielded a new tank in about 16 years,” said 3/8 commander Lt. Col. Nicholas Sinclair in a July news release. “We will be the first ones trained on this so it’s really special to us to make sure we’re doing it right.”

Receiving a new tank is one thing; putting it to use is another. So, starting in mid-August, soldiers from the Greywolf Brigade also became the first to actually fire the damn thing, loosing off the M1A2C's first shot from its main gun on Aug. 18.

But just in case that's not enough firepower for you, take a moment and digest this wonderful slow-motion footage that, posted to Twitter by the 3/8's command sergeant major, captures the main gun firing with delicious effect:

“These are lightyears ahead of the tanks we had before,” 3/8 platoon sergeant Sgt. 1st Class Kurt Singer said in a July release. “The computer systems in these and the fire-control systems are amazing. You become more lethal, more aggressive, and all aspects of the tanks are better.”

“It is a great step forward in reliability, sustainability, protection, and onboard power which positions the Abrams tank and our ABCTs for the future,” Maj. Gen. David Bassett, program executive officer for Ground Combat Systems, said when the first prototypes rolled off the assembly line in 2017.