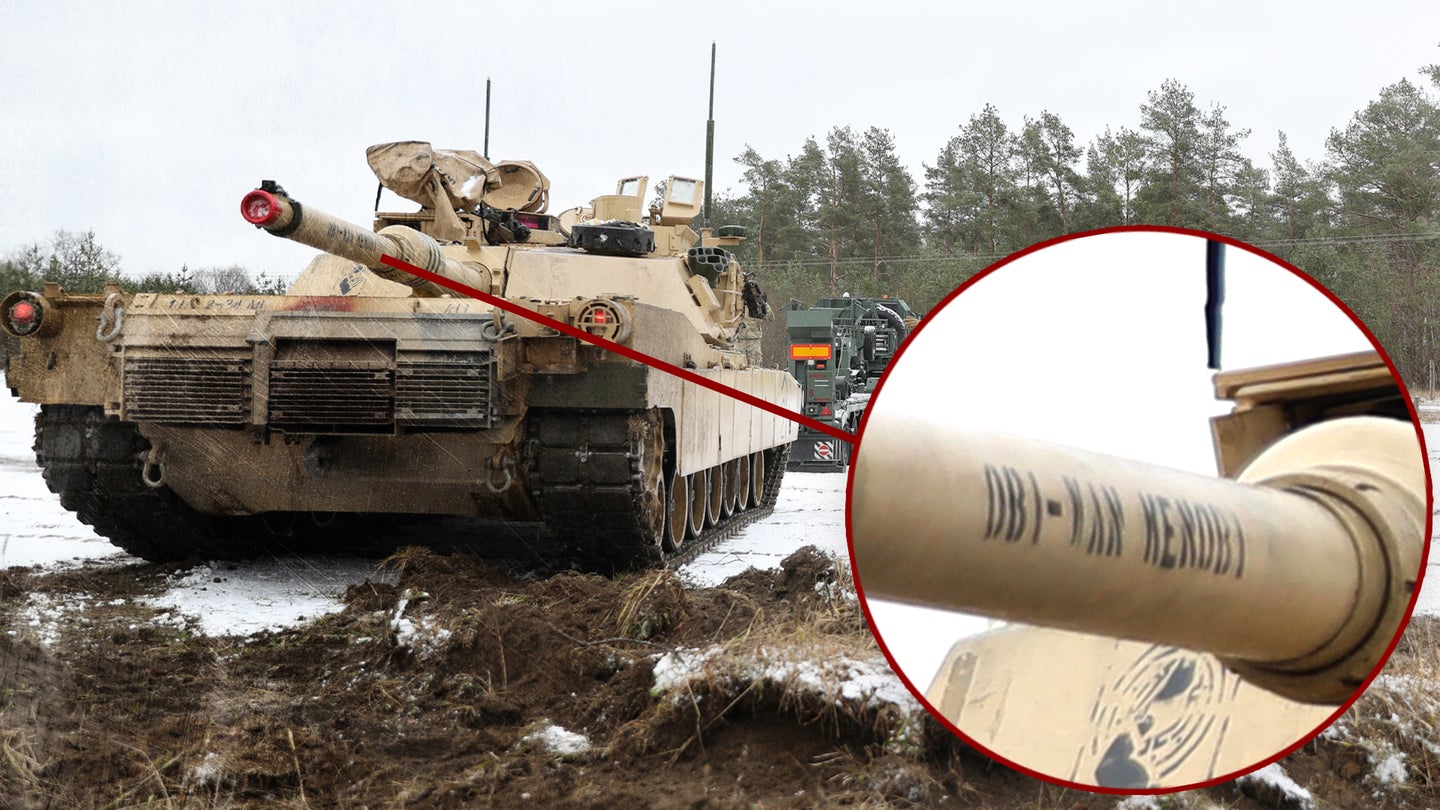 The Force must be strong with this tank crew.

A picture taken earlier this month in Poland captured the name of one M1 Abrams tank:  “Obi-Wan Kenobi.”

Assigned to the 1st Armored Brigade Combat Team, 1st Infantry Division, the tank was taking part in a training exercise at a railhead near Drawsko Pomorskie, Poland. The brigade has been in Poland for the past year as part of Operation Atlantic Resolve, the rotational deployment of U.S. forces across Europe.

That said, it’s hard to look at a photo of a tank named Obi-Wan Kenobi and not think that it might have something to do with the 100,000 or so Russian troops staged near the border of Ukraine ahead of a possible invasion.

As for why there’s a tank named after a beloved Jedi Knight — irreverent names for hulking war machines are a bit of a tradition among tankers.

In the early days of mechanized warfare, tank names followed a more standardized naming convention, with the first letter of a tank’s name corresponding to what unit it was assigned to. Nowadays, having a cheeky, funny, or just plain badass name is essential for any tank crew. Spending countless hours or even days at a time inside the confined quarters of a tank makes the crews extremely tight-knit, and the name stenciled on the barrel of the main gun is a reflection of that camaraderie.

And over the years, there have been some good ones. From “Dropped As A Baby” to “Diplomacy Failed” to “All You Can Eat.”

Whether it’s a better Star Wars reference-turned-tank-name than “Baby Yoda” will presumably remain a source of heated debate, but for now both are on the list of some of the best tank names we’ve encountered. Let’s just hope, though, that this crew doesn’t listen to their namesake the next time they are at gunnery.