We salute the Army crew that named their tank ‘Barbie Dreamhouse’ 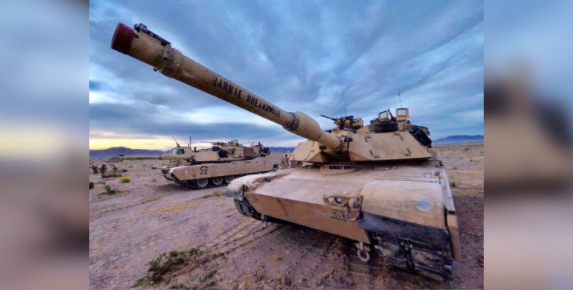 We at Task & Purpose love a solidly-named tank, and one that the 3rd Infantry Division advertised this week may be a new favorite.

‘Barbie Dreamhouse’ made a guest appearance in a 3ID tweet on Monday asking which M1 Abrams main battle tank has the best name in the Army.

#tanktuesday #armoredfist Who has the best tank name in the U.S. Army? Post a shot of your Abrams tank. Where does your tank rank?

The photos are from 2018, 3ID spokeswoman Lt. Col. Lindsey Elder told Task & Purpose — and the tank’s crew are all on different assignments now.

And aside from having a great tank name, the Dreamhouse crew had some serious skills. Elder explained that the crew shot “distinguished” during the gunnery exercise mentioned in the 3rd ID’s tweet, which is defined as over 900 points and qualifying on 9/10 engagements.

While there have been plenty of good tank names to compete for the title of the best — “Dropped As A Baby,” “All You Can Eat,” and “Baby Yoda,” just to name a few — the Dreamhouse’s former commander made her case on Twitter on Thursday.

Capt. Jillian Collins tweeted that “[e]very little girl dreams of having a barbie dreamhouse,” and that for her, “it became my Tank.”

“For years, I was told ‘No’ I was told ‘Armor isn’t open to Women,’ but kept pushing,” Collins tweeted. “Thus, eventually finding myself in my dream job with my very own Barbie [Dreamhouse].”

Here’s to you, Barbie Dreamhouse: May you continue to kick ass forever, wherever you are.