That’s a good one. 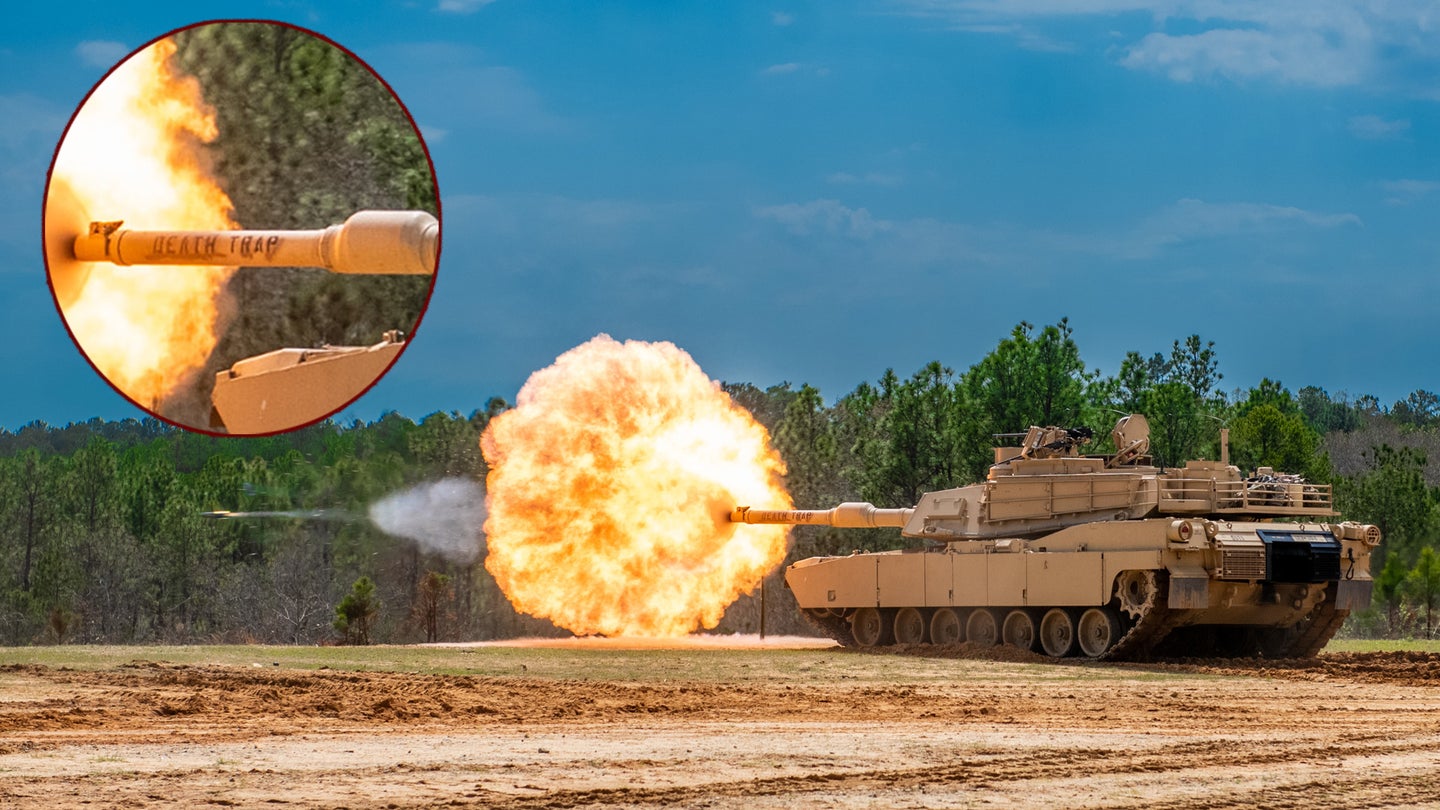 Add this one to the list of amazing M1 Abrams tank names.

This one is ‘Death Trap,’ seen in a recently released photo conducting a live fire demonstration at Fort Benning’s Red Cloud Range back in March as part of the African Land Forces Summit. Death Trap is apparently assigned to the 316th Cavalry Brigade.

Just about everything in this picture is perfect. There’s the round heading downrange, the fireball emerging from the barrel, and, of course, the tank’s name.

A lot goes into naming a tank. Some names are going to be belligerent and aggressive, like “Carnage,” “Apocalypse,” and “American Badass,” all names of tanks that have been retired to the Sierra Army Depot in California.

Others are going to be humorous names, like “Thicc Boi.” Or “Barbie Dreamhouse.” Or “Baby Yoda.”

Then there are going to be the names that begin pushing things into even strange and borderline belligerent directions, like “Article 15,” “Dropped as a Baby,” or “Crippling Depression.”

Tankers seem to be in a never-ending battle to come up with the best and most creative names for their tanks, and we salute whoever chose the moniker Death Trap for their M1 Abrams.