Who are the ‘Island Boys’ and why do US troops keep paying them for military shoutout videos?

"Shout-out to the free world" 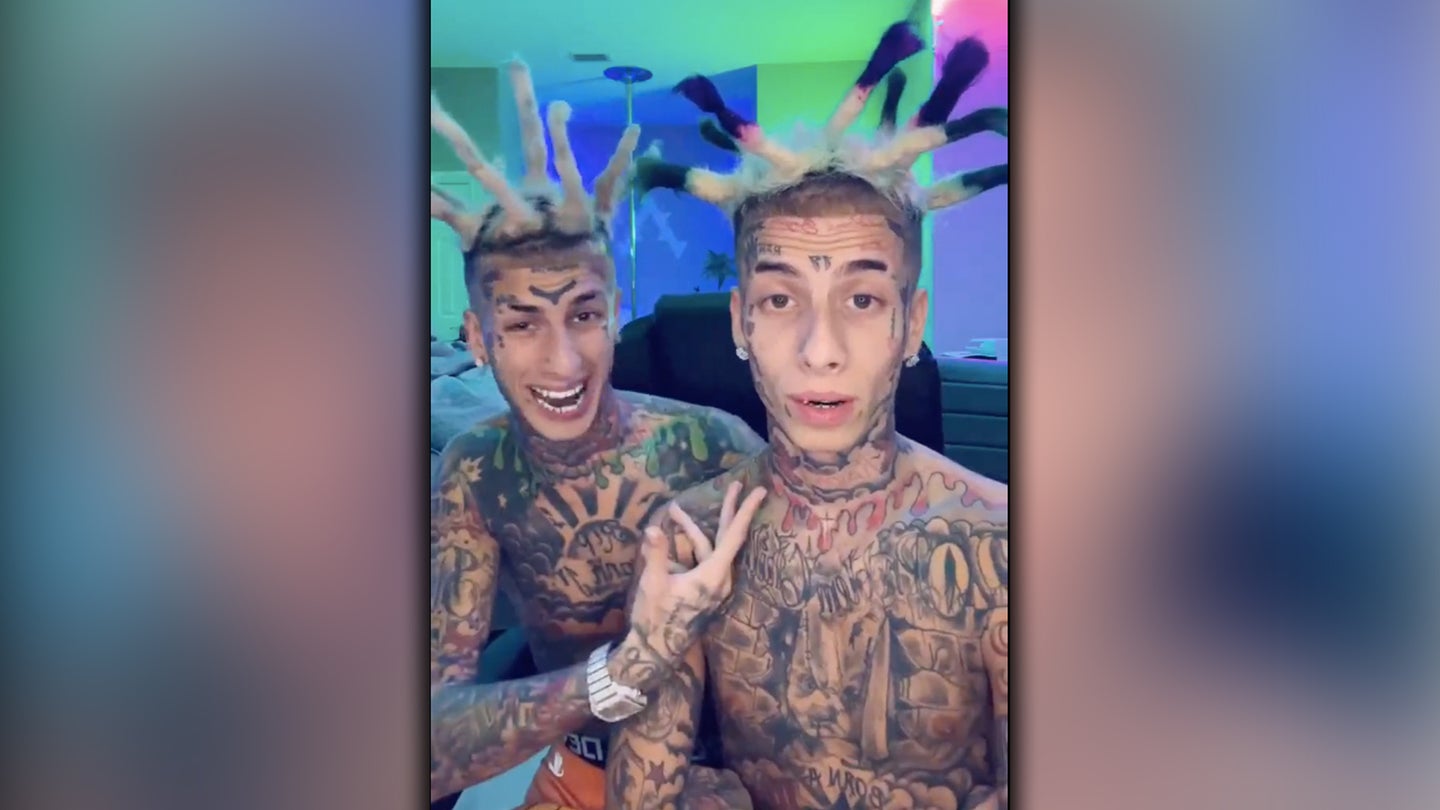 You can’t get more out-of-regs than the Island Boys, the 20-year-old Florida twins who sport tattoos on their faces, spiky hair-dos that will never fit under a helmet, and seem allergic to wearing shirts. But for reasons only the internet can understand, service members are paying them to send holiday greetings to airmen abroad, give shout-outs to star soldiers, and even protest the military justice system.

“Do not kick Sgt. Vasquez out because he’s an Island Boy,” they sang in one shout-out posted last week. “Oh I know he got his DUI but give him a second chance. There’s always room for a second chance.”

It was not clear which branch of service Sgt. Vasquez is in, but Barstool Sports reported he is a Marine.

“He just does positive stuff so I know he’s going to make it to the top,” the Island Boys continued. “Don’t kick him out because you going to regret it, you’re going to miss him.”

The Island Boys duo, Kodiayakredd (real name Franky Venegas) and Flyysoulja (Alex Venegas) blew up on TikTok last year for their poolside song “I’m an Island Boy,” which got dunked on by much of the internet.

“Two goofballs in the pool,” said the rapper Snoop Dogg, after chuckling through the song with comedian Kevin Hart.

Nowadays, the Island Boys sing for clients on Cameo, a service where users pay anywhere from $135 to $600 or more for a personalized shout-out. The twins seem to be delivering: 336 reviewers left them an average rating of 4.9 out of five stars. Service members were not afraid to get in on the action.

“Yo big shout to world famous Rocketeers, you guys are the F-15E fighter jet squadron away for the holidays shout-out to the free world,” they said in a December Cameo. The ‘Rocketeers’ is the nickname for the 336th Fighter Squadron based at Seymour Johnson Air Force Base, North Carolina. At the time, several of the Rocketeers were far from home, flying training exercises from Royal Air Force station Lakenheath in the United Kingdom.

“Y’all the world famous Rocketeers to the top, y’all go in the fighter jets and really take off,” the Island Boys sang in their shout-out. Though it was unclear who requested the Cameo, it definitely drew the attention of military viewers.

“Petition to have this replace the AF song immediately,” wrote one commenter on the popular Facebook page Air Force amn/nco/snco.

“What the absolute F is this ?” wrote another. “Has anyone tried turning the power off and then back on again?”

At the time, the 4th Fighter Wing, which oversees the 336th Fighter Squadron, did not say whether or not it had been involved in the song’s creation.

“The 4th Fighter Wing couldn’t be more proud of the hard work and dedication of the men and women of the 336th FS and FGS,” the wing commander, Col. Kurt Helphinstine, told Task & Purpose at the time. “The Rocketeers have been working nonstop during this holiday season away from their families and their selflessness is a reminder that our mission to defend our Nation never stops.”

But that wasn’t the Island Boys’ only encounter with the military. A month after their Rocketeers video, the duo posted their plea on behalf of Sgt. Vaquez, asking the alleged DUI offender be given a second chance.

“I hope [Sgt. Vasquez] puts a link to this in his rebuttal,” said one commenter on the unofficial Air Force subreddit.

“There’s probably … thousands of “Sgt” Vasquez in the Army, USAF, and USMC,” wrote another. “Every one of them is going to hate this (except for the specific one with the DUI).”

And just a few days later, the twins posted a “big shout-out” to a staff sergeant who works in Army recruiting and is “changing lives, he’s giving out $50K,” said Flyysouljah in the Cameo.

“And a free college, no money,” said Flyysouljah.

The Army is indeed offering new recruits a bonus of up to $50,000, the most money the service has ever offered new recruits, though not all recruits will actually get all that money. Still, someone in the Army knew what they were doing when they paid for the Cameo, since the Island Boys share a following of 7.1 million followers on TikTok alone. That’s “big marketing,” as Flyysouljah put it.

We can only hope that the staff sergeant can use that endorsement as a ribbon bar or a bullet point for the next promotion cycle.

“Can’t wait to see a story about the guy who signed up for the Army because of an Island Boi TikTok and ends up in a tank rolling to retake Kiev,” wrote one commenter on the unofficial Army subreddit.

We honestly can’t wait to see that too. And in the meantime, with the internet being the internet, it’d be best to brace yourself for more strange encounters between the Island Boys and the United States military. But don’t expect Flyysouljah to become a real soldier anytime soon.

“I wanna be in the army,” he said in his recruiter shout-out, before laughing to himself. “Nah just kidding.”