The 17 strangest questions we’ve ever asked the military

Will the Pentagon let a bitch know what is going on with COVID-19? 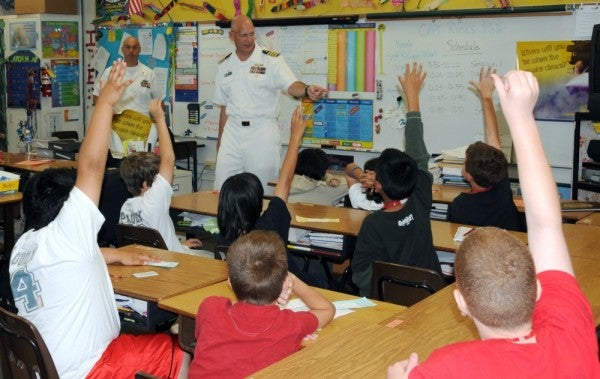 Military reporting often involves asking a lot of serious questions. How many soldiers are being deployed to Afghanistan? When are the Marines getting their new sniper rifle? The Air Force paid how much for those coffee cups?

Whether the question is serious or seriously silly, you, the reader, are entitled to the truth from our government institutions, and we are more than willing to embarrass ourselves and others to get it for you.

“As a matter of policy, Navy recruiters are not authorized to recruit on pornographic websites.”

2. Will the Pentagon let a bitch know what is going on with COVID-19?

The Pentagon declined to comment, leaving Cardi B in the dark.

3. Is AFRICOM a member of, or does it support, the Rebel Alliance?

4. I heard that some drill instructors spray aerosol cans in their mouths to get that frog voice. Is there any truth in that at all?

“That frog voice is 100% real … Drill instructors scream so loud — it sounds bad, but I crapped my pants marching a platoon before from yelling.”

5. Former SMA Daniel Dailey, do you have enough toilet paper to last through quarantine?

“I don’t get the toilet paper thing. Every place I’ve been it’s completely wiped out. To me, that wouldn’t be my first priority. I don’t get it.”

6. How much money would Capt. Carol Danvers be owed in back pay today?

We don't want to spoil anything so you'll have to read the article to find out.

7. What’s involved in being good at burning poop? What are the skill sets?

“It’s all about having enough kindling and tinder, not just like putting diesel fuel on it and lighting a fire. We got to a point where we would go find sticks or strategically pick out some trash to put in certain places within the [poop] trench … there was a point where actually it was enjoyable.”

CENTCOM declined to comment, though he does seem pretty into them.

9. Can you confirm that a JBER airman peed in the office coffee maker?

“An Airman First Class violated Article 86, Absent without Leave, for a 5-day absence, and Article 92, Dereliction of Duty, for failure to refrain from urinating in the office coffee maker.”

10. Does the Pentagon have any evidence that extraterrestrial life has visited Earth?

“I have nothing for you on that today.”

12. SecDef Esper, are there any plans to nuke Afghanistan?

“We reserve the right to keep all options on the table. But … the key to resolve this conflict is a political agreement.”

“Are you serious? … I like to be inside my head thinking about work – I mean, trying to work through problems … So I, actually, anyways, find music a little bit distracting.”

14. SecDef Esper, have you consulted a lance corporal on all the useless things Marines have to do that put their lives at risk?

“What do you want? Do you want me to issue instructions on haircuts? Is that what you want?”

15. Will the Air Force replace Air Force One with Kanye West’s hydrogen-powered iPlane?

“The Air Force is dedicated to providing the Office of the President of the United States with safe, reliable air transportation that provides all required mission capabilities”

17. I heard that an infantryman burned down the command deck because he was tired of field exercises?

“The cause of the fire remains under investigation.”