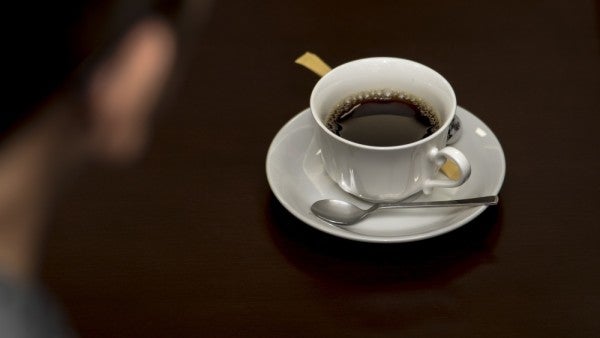 Survival expert and former Special Air Service commando Edward “Bear” Grylls made meme history for drinking his own urine to survive his TV show, Man vs. Wild. But the United States Air Force did Bear one better recently, when an Alaska-based airman peed in an office coffee maker.

According to the newsletter, which appeared on the popular Facebook page Air Force amn/nco/snco the same day, an unnamed Airman First Class was busted down to Airman Basic and received a reprimand in part “for failure to refrain from urinating in the office coffee maker.”

In doing so, the airman violated Article 92, dereliction of duty, the newsletter said.

Urine aside, the language of the blotter item is fascinating in itself. Perhaps there is a legal reason for using the phrase “failure to refrain,” but it makes it sound as if we, the human species, are all on the verge of urinating in our respective coffee makers, and it is only by the better angels of our nature that we collectively resist the temptation.

Though this airman failed to resist such a normal human urge, it should be noted that he has a history of doing his or her own thing. According to the blotter, the Airman also violated Article 86, absent without leave, for a five-day absence. The airman had previously received 5 letters of reprimand, the blotter said.

No matter how many LORs he or she has, the mystery airman was the toast of Air Force amn/nco/snco last week, garnering 2,300 reactions, 647 comments and 401 shares.

“It's not about the money at this point, it's about sending a message,” added another.

“Clearly this Airman is dedicated to the cause of getting kicked the F—K out,” declared a third. “But he shows potential. Let's give him a chance or two. Manning is low and we need the body guys.”