“We’re moving in the wrong direction on the basics of leadership … and this will translate to warfighting as well.” 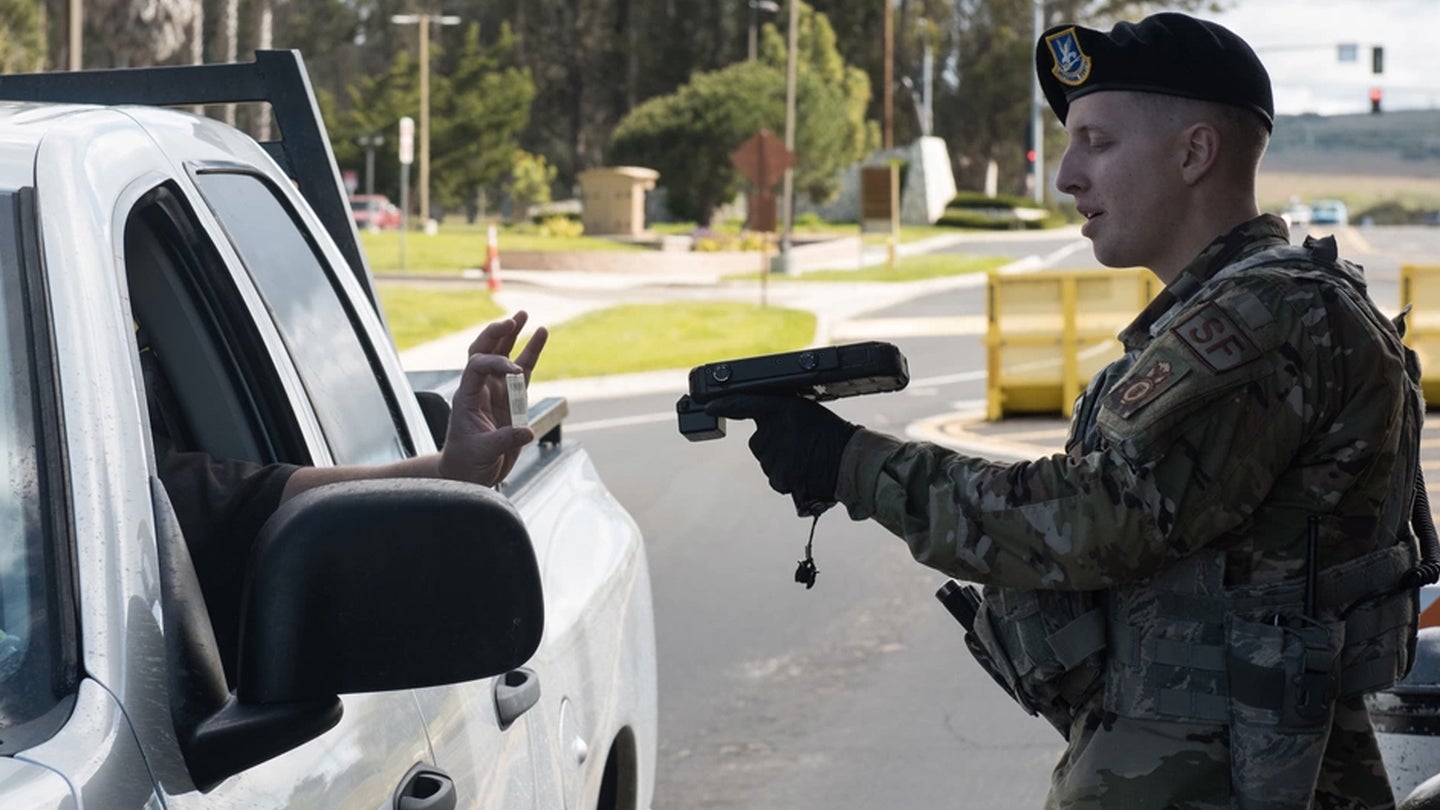 Some things that seem normal in the civilian world might not fly in uniform. For example, asking another person how their day is going might be a nice gesture in the civilian world, but one military officer recently took it as a sign of poor discipline and notified the boss of the offending service member about it.

At least, that’s the story recounted in an email that Lt. Gen. Stephen Whiting, commander of Space Operations Command, sent to senior leaders throughout his command earlier this month. In the email, which was posted to the popular Facebook page Air Force amn/nco/snco, Whiting alerted his subordinates to “an observed degradation in common military customs and courtesies” that another senior leader who contacted Whiting had “either experienced directly or heard about through one of his/her staff members.”

The unnamed senior leader cited one specific anecdote where one of their junior executive officers was pulled over by an airman first class for a random check at a base gate. According to the senior leader, the airman first class, likely a security forces airman, approached the uniformed field grade officer and said “hey brother, how we doing today.” The officer’s rank was not specified in the email, though they were likely either a major, lieutenant colonel, or colonel.

In the civilian world, that would not be unusual. But the field grade officer likely took it as a break in decorum because the enlisted airman presumably did not say ‘sir’ or they may have failed to salute. Maj. Sarah Babcock, a spokesperson for Space Operations Command, confirmed the message that was shared to the Air Force amn/nco/snco Facebook account was authentic but could not give further details as the message was meant “for internal purposes only.”

“As Lt. Gen. Whiting stated in the original message, [Space Operations Command] is taking the feedback to find actionable ways to improve how we embody the core values,” she said.

This wasn’t the only incident where the unnamed senior leader noticed an apparent slip in discipline. They said that as recently as last week “I have experienced troops not look up and greet me, which is a common courtesy. Instead they keep their head down or go the other way,” the officer wrote. “To me this exhibits a lack of confidence and leadership.”

The senior leader said that they were “taught to properly greet others, irrelevant of rank, and it if happened to be someone that is junior to me, that’s okay.”

The senior leader said they were “deeply concerned with the trends I see today. We’re moving in the wrong direction on the basics of leadership … and this will translate to warfighting as well.”

To rectify the situation, Whiting requested that each Delta and each Headquarters Deputy Commanding General and Headquarters Director of Staff provide an update by the end of last Friday on “steps you are taking to reinforce customs and courtesies across your Delta.” Babcock explained that there are four directorates within Space Operations Command, each with their own deputy commanding general: transformation, operations, support and director of staff.

The four directorates each have their own functions and work with different Deltas and Space Base Deltas. A Delta is like a brigade in the Army, with each Delta led by a colonel and trained for specific missions and operations, according to Space News, a news publication that covers the business and politics of the space industry. Different Deltas specialize in different missions, like missile warning, cyber warfare, or command and control. Meanwhile, a Space Base Delta is responsible for mission support functions such as facility contractors and information technology, according to Air and Space Forces Magazine. Peterson Space Force Base, Colorado is the headquarters for Space Operations Command, which “generates, presents and sustains combat-ready intelligence, cyber, space and combat support forces” according to an official briefing.

“As I have provided in my initial feedback to all Delta [commanders], adhering to our core values [Space Force and Air Force], the Joint Ethics Reg, the Joint Travel Reg, and basic military customs and courtesies is the minimum expectation we all have for one another,” Whiting said.

Saluting officers and addressing them as “sir” or “ma’am” is one of many customs, courtesies and traditions impressed upon service members from the start of their careers. Part of the effect of these customs and courtesies is to remind subordinates where they stand in the pecking order, which is why those acts are taken so seriously.

“When an officer approaches you outdoors, you need to always salute,” one airman recalled a flight suit-wearing lieutenant colonel telling him in 2012. “Saluting is a sign of respect and I expect you to uphold that tradition and courtesy.”

Whatever is causing the perceived breakdown in discipline at Space Operations Command, it’ll probably require a bit more than a stern email to fix.

“We as senior leaders own the environment that we tolerate and create,” said the senior leader referenced in the email. “I will do my part to help the institution and ask you and all to do the same.”