"If you watched his body language ... you would get the message, 'I'm not the one to mess with.'" 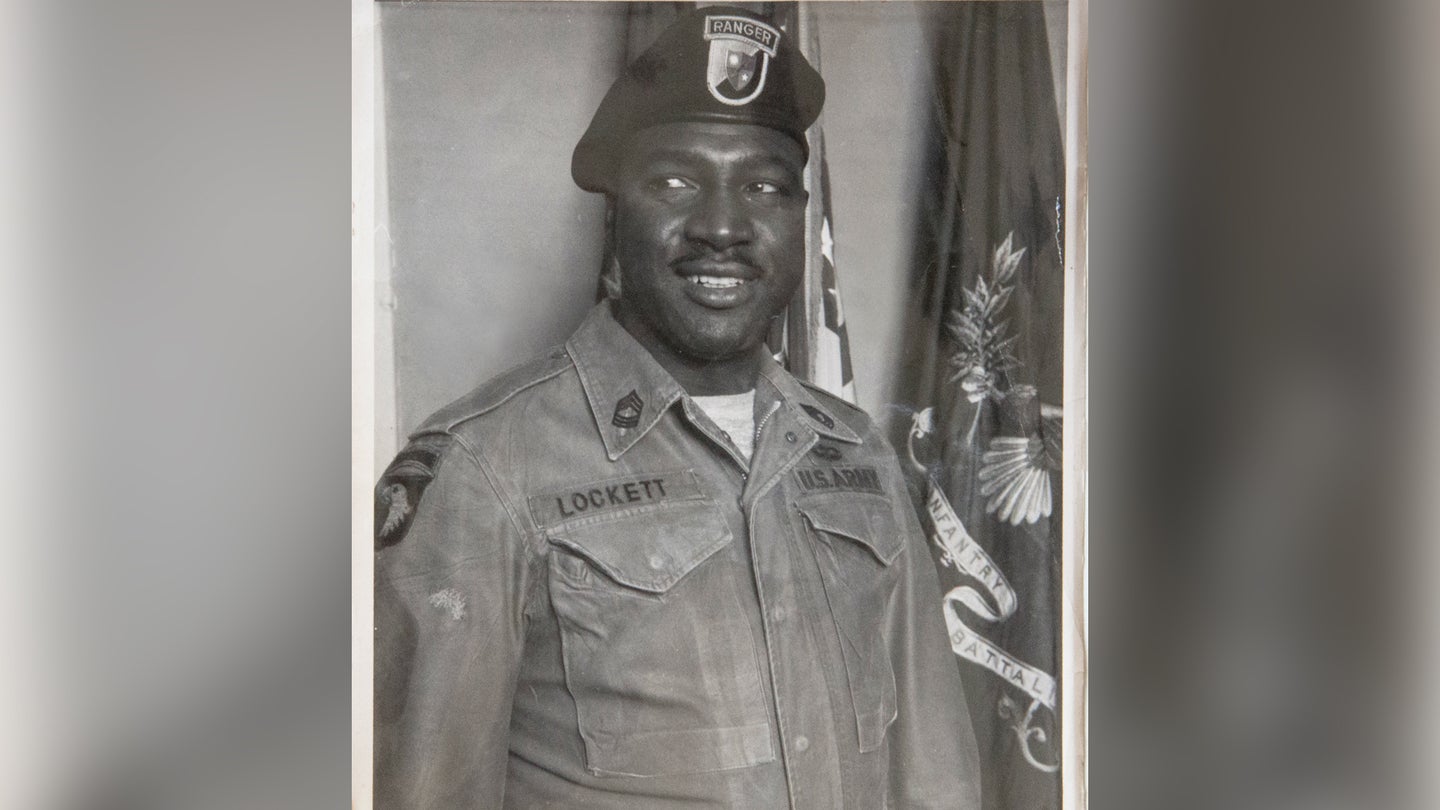 It should come as no surprise that Master Sgt. Milton “Davey” Lockett Jr., the first Black Army Ranger instructor, also became a legend in the neighborhood in which he retired.

Lockett, born in Feb. 1935, joined the Army at 17 years old in 1952 according to the Columbus Ledger-Enquirer, serving for around a year in Korea and eventually finding himself at Fort Benning, Ga., where he signed up for Ranger School.

His son, Milton Lockett III, told the Ledger-Enquirer that his father “did so well in Ranger School they offered him a job to become a Ranger instructor.” That sealed his place in history — Lockett became the first Black U.S. Army Ranger instructor. He was later inducted into the Ranger Hall of Fame in 2001, and is recognized in a “Diversity in Leadership” display at the National Infantry Museum in Columbus, Ga.

He was also a “Ranger Demonstrator,” according to the Ledger-Enquirer, performing with a team “that promoted the specialty to exhibiting its skills around the country.” During one such performance at the University of Alabama, which was segregated at the time, the white Rangers were “treated to a picnic” after the demonstration, while the Black Rangers “ate on the bus.”

Lockett deployed twice to Vietnam during his service, once in 1965 and again in 1966. He was wounded by shrapnel during his first deployment after he and another soldier were pinned down by enemy fire on their way back from a mission. According to the Ledger-Enquirer, the two “huddled behind a fallen tree.” The other soldier unpinned a grenade and attempted to throw it at the enemy — but it hit the branches of the tree and “bounced right back at them.” The two, understandably, immediately got up and ran through enemy fire.

But Lockett’s son said it was the second tour that “really took something out of him.” He left the Army in 1972 and took a civilian job.

It was years later when Lockett’s life took another turn. Some of the kids in the neighborhood told him around 1991 that there was an elderly women in her 80s who “couldn’t leave her home, because drug dealers outside were hiding their stash in her yard,” according to the Ledger-Enquirer.

He never threatened the dealers outside — he didn’t address them at all; his son told the Ledger-Enquirer that Lockett simply escorted the woman wherever she needed to go, over and over again, until the dealers “moved on.”

“If you watched his body language and his intensity, you would get the message, ‘I’m not the one to mess with,'” Lockett’s son said. He went on to help start Carver Heights Against Drugs, and would often find where drug deals were taking place and stare the dealers down.

“You couldn’t sell drugs if someone was out in the street watching you,” his son said.

After passing away from prostate cancer in 2018 at the age of 86, the Columbus Police Department honored Lockett by naming its community room, where police sometimes meet with the Neighborhood Watch, after him.

His son told the Ledger-Enquirer that he’s “always wanted to be like my father.”

“He always tried to fight things he thought were wrong.”