The call went out to attend a veteran's funeral. People listened. 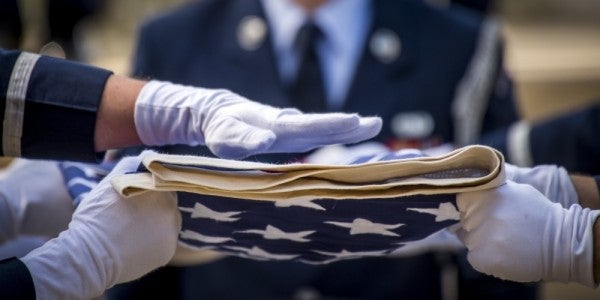 No one was going to be at Air Force veteran Joseph Walker's funeral on Monday, but after an appeal for people to attend went viral, Walker will not be alone when he is laid to rest.

The Texas Veterans Land Board alerted the media on Thursday asking people to attend the funeral for Walker, who served in the Air Force from 1964 and 1968. Since then, a story by KVUE in Austin has been retweeted by U.S. Sen. Ted Cruz (R-Texas), CNN's Jake Tapper,the American Legion, and others.

“We are expecting a large turnout now for Mr. Walker's funeral due to the social media post that were put out in his name and extensively shared,” said Karina Erickson, a spokeswoman for the Texas General Land Office.

The appeal to the public to attend Walker's funeral is part of the Unaccompanied Veteran Burial program, which was launched by Texas Land Commissioner George P. Bush in January 2015, Erickson told Task & Purpose. Bush – the son of Jeb Bush and a military veteran – is also chairman of the Texas Veterans Land Board.

Before the program was started, veterans could be buried in pauper's graves if no one attended their funerals, Erickson said. Now state officials make sure to alert the media whenever a veteran's next of kin or other direct witnesses cannot attend their funeral for whatever reason.

In a statement to Task & Purpose, Texas State Veterans Cemetery Deputy Director Eric Brown said he was recently asked why a community would honor someone whom they never knew.

“My response was swift and simple: The veteran likely didn't know the community members in attendance either, but they were willing to put their lives on the line for the attendees, in defense of our nation, and our nation's interests,” Brown said in the statement.

“When veterans raise their right hands during the oath, it's not in defense of any one individual. “They raise their right hands in defense of a principle and way of life. It is for this some reason that the communities come out to honor the veteran. The communities are honoring those that proudly served, our nations principles, way of life, and the best in each of us as Americans.”