Hundreds Of Strangers Attend Funerals For Veterans Who Died Alone

Your heart-warming story of the day. 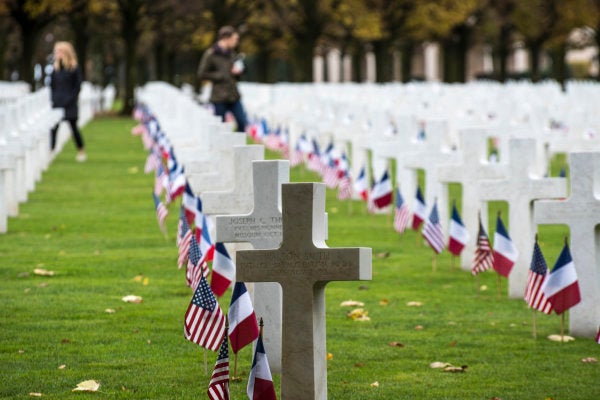 In typical veteran community fashion, hundreds of people showed up to two separate funerals last week for veterans who otherwise would have been buried alone.

In Memphis, Tennessee on Thursday, around 700 strangers attended the funeral for soldiers Wesley Russel, 76, Arnold M. Klechka, 71, and Marine Charles B. Fox, 60, the Military Times reports. None of the three men had family attending.

One woman who came to pay her respects, Amelia Callicott, 69, said she heard about the service through word of mouth, and felt compelled to attend because her husband and father both served.

“Any serviceman, they're just like family to me, and I just can't see laying them to rest without going and seeing their final moments, to say goodbye,” she told Military Times.

A day later, more than 1,000 people attended a funeral in New Jersey for 77-year-old Army veteran, Peter Turnpu, The Philadelphia Inquirer reported. Turnpu was honorably discharged after serving in the Vietnam War from 1964-1966. He died of natural causes, per the Inquirer.

Ordway VanHee, vice president of the Vietnam Veterans of America New Jersey Chapter 899, which attended Turnpu's funeral, told the Inquirer: “We're all brothers. Nobody should go out alone.”

A similarly touching story unfolded in December, when more than 100 people attended the funeral of 93-year-old Pfc. Cornelius Cornelssen VIII in Georgia after his daughter worried that no one would show.

WATCH: What Is A Combat Veteran?