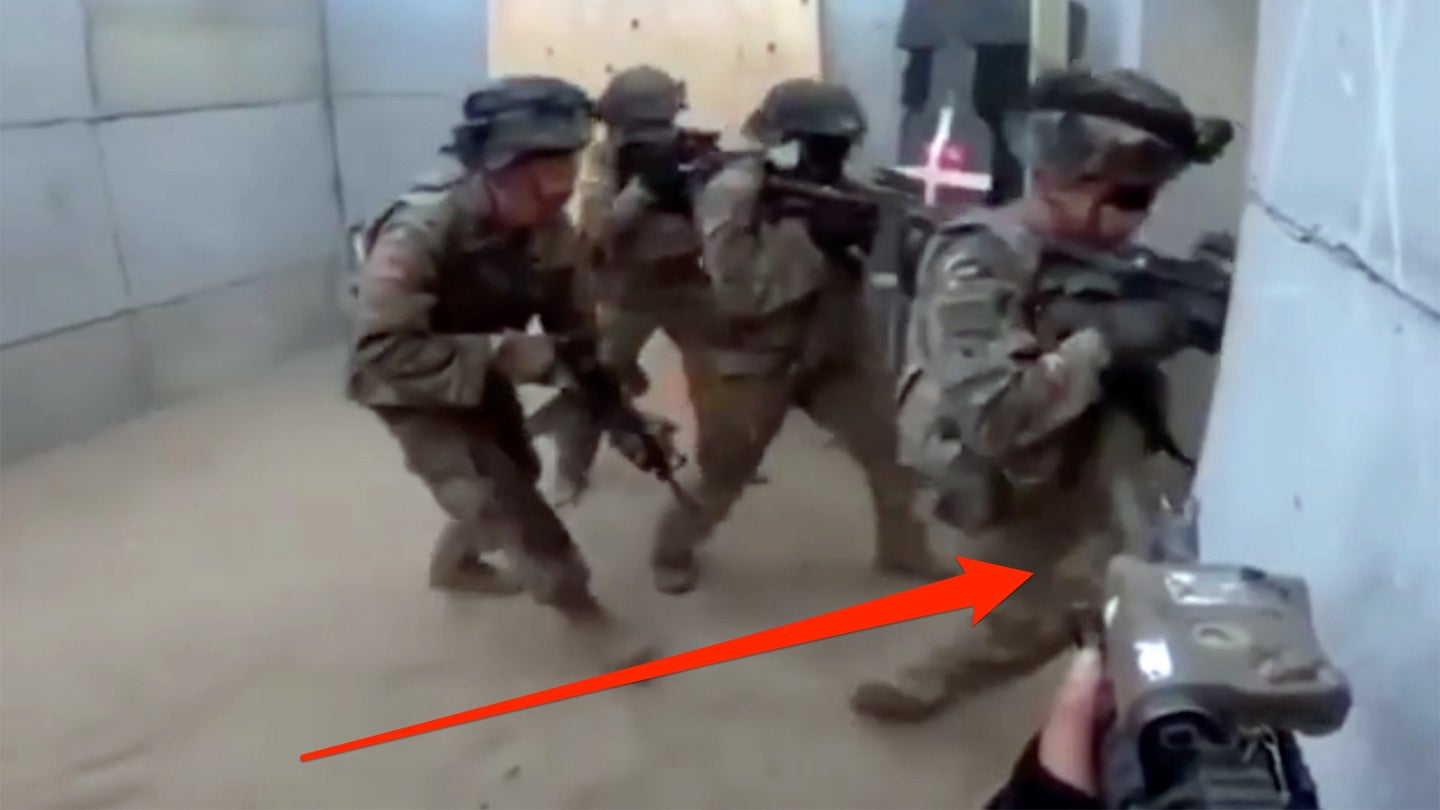 A viral video showing soldiers conducting room-clearing training is being called hot garbage, appalling, and a “live-fire Army edition of 1,000 ways to die in a shoot house,” and it’s easy to see why: It’s a complete fucking tactical trainwreck.

The helmet-camera footage showing soldiers assigned to the 10th Mountain Division pointing their weapons at each other while going through a ‘shoot house’ spread across military social media accounts rapidly on Monday after it was apparently posted to TikTok. Set to the music of rapper DMX, soldiers can be seen clearing four rooms over a one-minute period in what is perhaps the most unsafe and scariest way imaginable.

“Flag city,” said one person on Instagram, referring to unsafely ‘flagging’ someone with a weapon. “Population: These guys.”

If you’re not sure precisely what’s going on, let me break it down:

So what is room clearing actually supposed to look like? Here’s an example:

After the 10th Mountain video made the rounds, the division’s top enlisted soldier weighed in and admitted that yes, this was in fact, his unit, and it happened sometime within the last few months.

“It is 10th Mountain Division. It is our folks. And it really, really hurts to say that,” said Command Sgt. Maj. Mario Terenas. “It is not the standard. It is not how we do business. It is not acceptable.”

Terenas vowed to “fix it,” which can be read in the sergeant major language as if you were anywhere near that shoot house you are so dead.

Army officials were unable to provide further details on the video when asked for comment on Monday.

“It is too early to determine what the circumstances were surrounding this video and we are working to get the facts,” said Maj. Harold Huff, a spokesman for 10th Mountain. “The safety of our Soldiers is always a number one priority during all training exercises. The 10th Mountain Division is committed to high-quality training ensuring readiness while enforcing world-class safety standards.”