Here’s the 12th entry in our contest about finding meaning in life after leaving the military. Michael Hartman writes: “It... 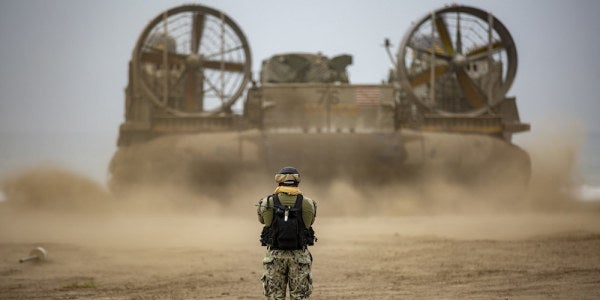 Here’s the 12th entry in our contest about finding meaning in life after leaving the military.

Michael Hartman writes: “It has been over 25 years since I left the Army. Plenty of time to have felt the emptiness, to have tried to find meaning in my job, and then, years later, to have found meaning once I stopped looking for it.

My journey lasted about a decade. I did not find meaning in college, although I tried twice. I thought politics might bring it back, but interning for a Senator only made the emptiness greater. Living abroad three times, over the decade, did not give me meaning, but did result in hitting financial rock bottom while struggling with culture shock.

Hitting rock bottom was one of the worst and yet best things that happened to me. Hunger and social isolation render the search for meaning meaningless. I gave up on my search for a meaningful career and took a job in ‘cubeville.’

Do not worry, this story has a happy ending.

Once I stopped expecting my job to give life meaning I found it in hundreds of small ways. I have found meaning teaching my children to deal with failure and not give up. I found meaning supporting my mother as she went through divorce late in life. I have found meaning in paying the bills so my wife can run an annual charity program that collects coats for the poor and homeless.

As for my job? It is not all bad. I get paid to fix people, process or technology related problems and it turns out that I like fixing problems.”