I was preparing lesson plans for junior English when the alert hit my phone – a report that the Department... 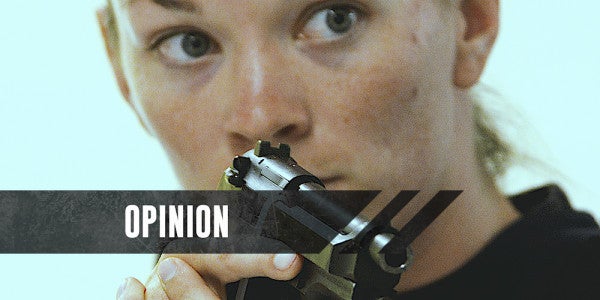 I was preparing lesson plans for junior English when the alert hit my phone – a report that the Department of Education is weighing a plan to allow schools to use taxpayer money to buy guns for teachers. It’s a bold proposal: lawmakers in Congress have worked to ensure education dollars are not used for guns, and the school safety bill passed in March specifically stipulated that the money could not to be used to buy weapons. This move to arm teachers with federal money — led by Education Secretary Betsy DeVos —would circumvent that Congressional mandate, by pulling money from a different pool, one that’s supposed to be used to “improve students’ academic achievement.”

Some proposals simply fail to die. Asking teachers to add “sharpshooter” to their job description is not just a reversal from the Department of Education’s longstanding practice of not paying for weapons in our schools, but a dangerous and wrongheaded policy proposal that will do nothing to help students grow and learn — and only make learning more difficult for students of all ages.

I teach high schoolers English lit – short stories, poetry, Shakespeare, Catch-22. Our goal is that when students graduate, they will be able to engage texts with a generous spirit and an agile intellect. But in my previous life, as an infantryman in the Marines, I had a very different task. I wasn’t teaching young men and women to engage texts but to be alert and engage targets – with agility and generosity.

Since the school shooting that left 17 dead in Parkland, Florida, parents and students have asked me questions I haven’t heard since my time in the service: how to secure a building; angles of fire; egress routes. I’ve heard phrases like massive hemorrhaging, and the language of combat trauma management, which had been reserved for combat, being used by high school students with the seriousness and attentiveness of junior Marines preparing for their first combat deployment. Both desperately wanted information that could save their lives.

Now, as we prepare for our first active shooter drills of the year, I know their eyes will turn towards me. If there are gunshots at school, what will Mr. Lucier do?

I’d feel as comfortable carrying a gun into a classroom as I would a bottle of bourbon. The idea is so absurd on its face, it ought not need to be deconstructed, but allow me to be clear: teachers ought not be gunfighters. Classrooms are places of vulnerability, of exactly-prescribed amounts of anxiety that push students to learn and grow. They are places of openness. When I carry a weapon, I’m hyper-aware of that weapon, and even if it is concealed from students, I can only imagine they would be constantly aware of its presence as well. A weapon in the classroom destroys the environment I have to work so hard to create and cultivate.

Beyond the most basic objection to the idea of armed teachers, the practical reasons for keeping weapons out of our schools abound. Even with training, adding another shooter into a school shooting makes it more difficult for law enforcement to respond, and more difficult for students and school personnel to determine how to escape with their lives. Students of color are already disproportionately subjected to school discipline — what could that mean if teachers had guns?

I haven’t been teaching long. I just finished my first week. But I already know in my bones, the same way I know gun fighting in my bones from my military service, that guns have no place in the classroom. Gun violence in schools is a terrifying reality with which we now live, and the signal I want to give as a teacher must be clear: Guns have no place here.