"The United States will not serve as a safe haven for human rights violators and war criminals." 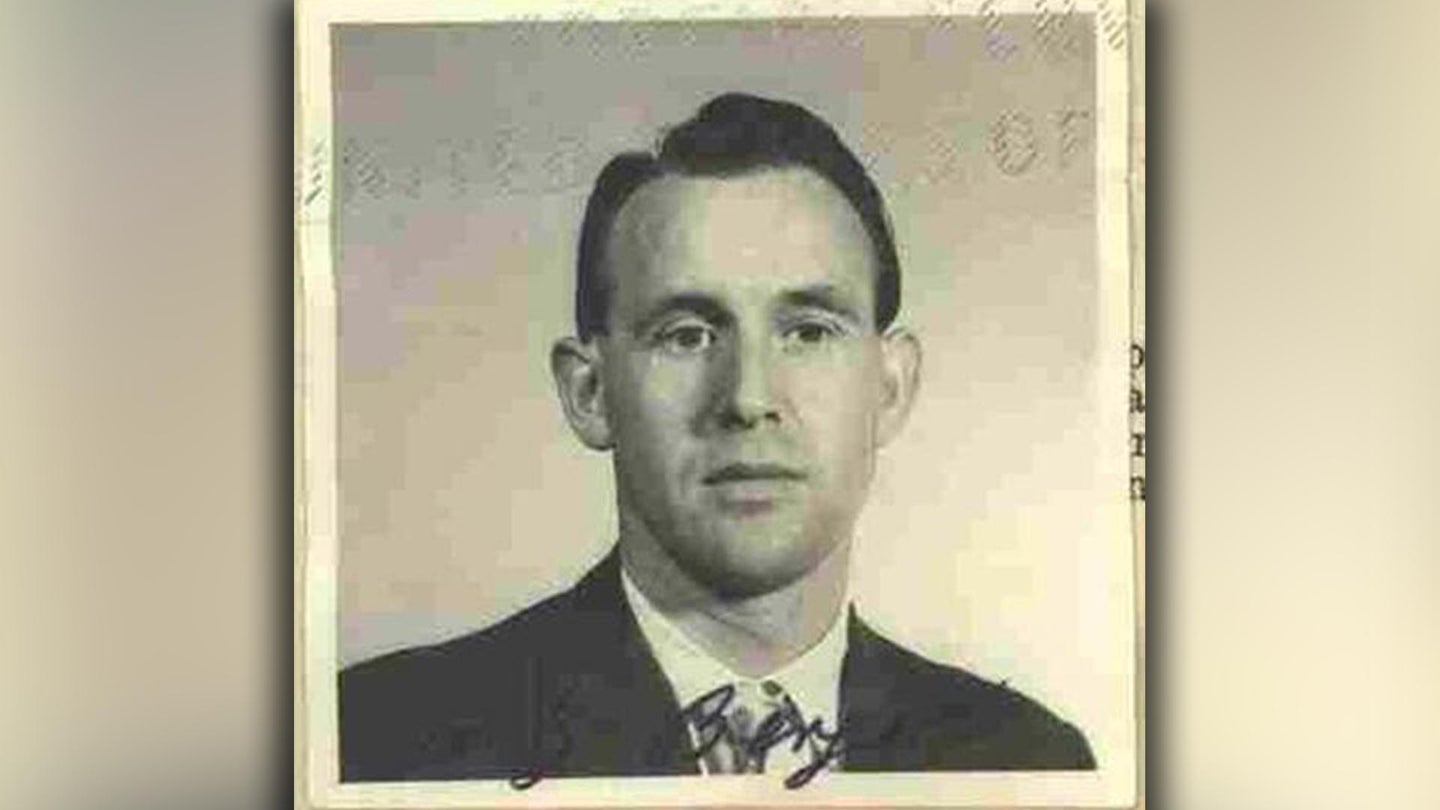 A 1959 photo of Nazi concentration camp guard Friedrich Karl Berger, who was deported to Germany by ICE on Friday (ICE photo).
SHARE

There’s one less Nazi in the United States after Immigration and Customs Enforcement deported a 95-year-old former concentration camp guard living in Tennessee to Germany on Friday.

Friedrich Karl Berger, a German citizen, once served in the concentration camp network at Neuengamme, in northern Germany, where more than 50,000 prisoners were killed, according to the U.S. Holocaust Memorial Museum To give a sense of scale, about 58,000 Americans were killed in the entirety of the Vietnam War, according to data from the Department of Veterans Affairs.

“Berger’s removal demonstrates the Department of Justice’s and its law enforcement partners’ commitment to ensuring that the United States is not a safe haven for those who have participated in Nazi crimes against humanity and other human rights abuses,” said Acting Attorney General Monty Wilkinson in an ICE statement released on Friday. “In this year in which we mark the 75th anniversary of the Nuremberg convictions, this case shows that the passage even of many decades will not deter the Department from pursuing justice on behalf of the victims of Nazi crimes.”

Berger was investigated and prosecuted by human rights crimes experts from the Department of Justice and ICE during a two-day trial in February, 2020. There, he admitted to guarding prisoners to prevent them from escaping during their dawn-to-dusk workday, on their way to worksites and on their way back to their subcamp in the evening. Among the prisoners at Neuengamme were Jews, Poles, Russians, Danes, Dutch, Latvians, French, Italians, and political opponents of the Nazis.

Specifically, Berger worked at a Neuengamme sub-camp near Meppen, Germany, where prisoners were held during the winter of 1945 in “atrocious” conditions and were exploited for outdoor forced labor, working “to the point of exhaustion and death,” the presiding judge wrote in an opinion issued after the trial.

The Nazis abandoned Meppen as British and Canadian forces advanced on the area at the end of March 1945. But the court found that Berger helped guard prisoners during their forcible evacuation to the main camp at Neuengamme: a nearly-two-week trip under inhumane conditions which killed about 70 prisoners.

The former guard also admitted that he never requested a transfer from concentration camp guard service and that he continues to receive a pension from Germany based on his employment in Germany, “including his wartime service,” the press release said.

In November 2020,  the Board of Immigration Appeals upheld the judge’s decision that Berger was removable under the 1978 Holtzman Amendment to the Immigration and Nationality Act. The “willing service as an armed guard of prisoners at a concentration camp where persecution took place” constituted assistance in Nazi-sponsored persecution, the ICE statement said.

The head of the Meppen sub-camp, SS Obersturmführer Hans Griem, was charged with war crimes for “ill-treatment and murder of Allied nationals,” during the British occupation there in 1946. Griem escaped, but the British court tried and convicted other Meppen staff of war crimes in 1947. After 74 years, Berger can now be finally counted among them.

The Justice Department has won 109 cases against Nazis since it launched its program to detect, investigate and remove Nazi persecutors in 1979, the press release said. The DOJ’s Human Rights and Special Prosecutions Section attorneys have also successfully prosecuting criminal cases against perpetrators of human rights violations committed in Guatemala, Ethiopia, Liberia, Cuba, and the former Yugoslavia, and other countries.

“We are committed to ensuring the United States will not serve as a safe haven for human rights violators and war criminals,” said acting ICE Director Tae Johnson. “We will never cease to pursue those who persecute others.”

Featured image: A 1959 photo of Nazi concentration camp guard Friedrich Karl Berger, who was deported to Germany by ICE on Friday (ICE photo)

Related: The Army is kicking out that lieutenant who made a Holocaust joke on TikTok