‘There’s Not Time For Emotions … You Have To Act,’ Says Marine Who Survived 2 Mass Shootings In Just Over A Year

For the second time in just over a year, Lance Cpl. Brendan Kelly survived a mass shooting by falling back... 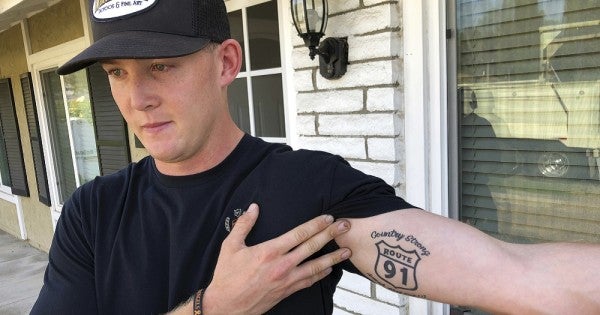 For the second time in just over a year, Lance Cpl. Brendan Kelly survived a mass shooting by falling back on his Marine Corps training to get to safety — and help others in need.

“There’s not time for emotions to be involved, you have to do,” Kelly, who was at the Borderline Bar and Grill in Thousand Oaks, California on Wednesday night, told ABC News. “You have to act. Because people’s lives are on the line.”

On the evening of Nov. 7, a gunman identified as Ian David Long, an ex-Marine and combat vet, entered the bar armed with a Glock 21 .45-caliber handgun and opened fire on a crowd of more than 150 people, killing 13. Long reportedly died of a self-inflicted gunshot wound.

“Being in the military, being in the Marine Corps, I'm aware of what that sounds like — especially in an enclosed area,” he told ABC News

Like a number of the regular patrons at the Borderline Bar and Grill, Kelly is also a survivor of last year’s deadly shooting in Las Vegas. The bar had become a regular meeting place for survivors of the October 2017 attack that left 58 dead, the Associated Press reports.

“Everywhere I go, everything I do is affected,” Kelly told the Associated Press the day after the Thousand Oaks bar shooting. “I don’t sit in a room with my back to the door. You’re always picking up on social cues. You’re always over-analyzing people, trying to figure out if something were to go down, ‘What would I do?’”

During last year’s shooting at the Route 91 Harvest Festival, Kelly said he threw a friend to the ground before helping other bystanders get to safety, hunkering down for hours until help arrived.

When the gunfire erupted on Wednesday, Kelly again sprung into action, telling the Associated Press that he threw two of his friends to the floor, shielding them with his body.

Kelly said he dragged one woman out of the building through an emergency exit, and, using his belt and a t-shirt, applied a tourniquet to the bleeding arm of a wounded friend.

“I already didn’t wish it on anybody to begin with for the first time,” Kelly said the Associated Press interview. “The second time around doesn’t get any easier.”