The Air Force Finally Punishes Airman For Her Racist Video

An Air Force NCO who was investigated for making racist comments about her subordinates in an online video has received... 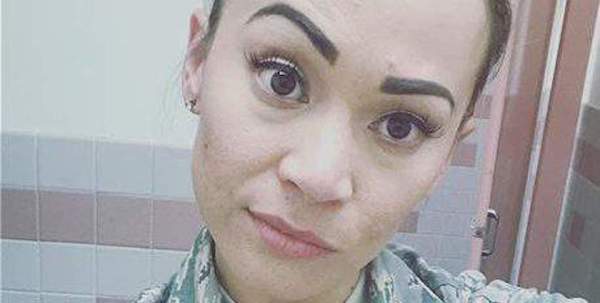 An Air Force NCO who was investigated for making racist comments about her subordinates in an online video has received administrative punishment, according to a spokeswoman for the 99th Air Base Wing at Nellis Air Force Base, Nevada.

Tech. Sgt. Geraldine Lovely’s unit is not specifying exactly how she was disciplined, citing privacy concerns.

Lovely was removed from her job and supervisory duties in January after her command became aware of the video, in which she said that “black females” were not showing her proper respect, and she was trying to avoid starting a “fight club” to correct their attitudes.

On Tuesday, Lovely’s unit issued a brief statement saying she has been “held accountable for her actions” under the Uniform Code of Military Justice, but offering no specifics on just what that punishment was. Lovely’s administrative record is protected by the Privacy Act of 1974, said Maj. Christina Sukach.

“While specifics on this case can't be released, 99th Air Base Wing leadership is satisfied with the outcome,” Sukach said in an email. “These cases are not tried in social media but handled through the fair and due process afforded to military members under public law and regulations.”

Sukatch told Task & Purpose earlier in February that it makes no difference that Lovely’s racist comments were initially posted on a private forum.

“All members of the U.S. Air Force are supposed to conduct themselves in a professional manner at all times both on and off duty, and especially when wearing the uniform,” Sukatch said in a Feb. 1 email. “In addition the Air Force has a specific Instruction (AFI 35-107) that addresses the expected behavior of all Airmen while using the internet and social media.”

Lovely could not be reached for comment by deadline on Tuesday. She initially live-streamed her rant to a private Facebook group called “Nellis Burn Book,” but it was posted two days later on the unofficial “Air Force amn/nco/snco” public Facebook group.

Retired Master Sgt. Steven Mayne, the administrator for the Facebook group, told Task & Purpose that Lovely’s unit needs to be more forthcoming about how she was punished. For example, Mayne wants to know if Lovely has been reduced in rank and whether she was charged under the UCMJ or given a letter of reprimand or letter of admonition.

“We recently ran a poll on our site on February 17th and asked, ‘Have you experienced racism in the Air Force?’ and 38 percent said yes,” Mayne said in an email. “What is the Air Force doing outside of Nellis Air Force Base to address this potential wider issue?”