Tech Sgt. Geraldine Lovely was recommended for separation by the Air Force Personnel Board on May 7, 2019 following an investigation into a Facebook video in which Lovely blasted lower-ranking "black females" in a profanity-laced tirade 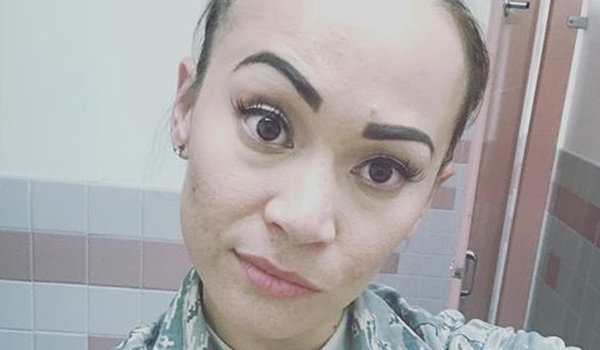 The Air Force has administratively separated the Nellis Air Force Base sergeant who was investigated for making racist comments about her subordinates in a video that went viral last year, Task & Purpose has learned.

Tech Sgt. Geraldine Lovely was recommended for separation by the Air Force Personnel Board on May 7, 2019 in response to “a multitude of misconduct” following an investigation into a Facebook video in which Lovely blasted lower-ranking “black females” in a profanity-laced tirade, according to an AFPB memo viewed by Task & Purpose.

But Lovely wasn’t just separated for her screed. The memo, signed by John Russo, deputy director of the Air Force Secretary’s Personnel Council, stated that Lovely was recommended for separation due to drug abuse and minor disciplinary infractions, including wrongful use of marijuana, assault, and unlawful entry.

In the video which sparked the investigation, which she initially live-streamed to a private Facebook group called “Nellis Burn Book” before it became public days later, Lovely said that she was trying to avoid starting a “fight club” to correct the attitudes of her subordinates.

“Why is it that every time I encounter my subordinates are black females they have a giant attitude?” Lovely said in the video. “And it’s not like I am coming to them with a attitude. I don’t.”

The memo also stated that Lovely’s online rant, in which she complained that her subordinates “have no respect and constantly have an attitude,” constituted a “dereliction of duty” in “willfully failing to maintain professionalism and respect for others.”

“In that video, viewed by hundreds of thousands of persons, she, wearing her uniform, made negative comments regarding her African American female subordinates,” the memo states. “That video brought discredit upon the Air Force and, according to her commander, rendered her unable to lead, mentor, or influence airmen.”

Lovely was initially removed from her supervisory duties and busted down a rank after her command became aware of her rant, and an Air Force spokesman told Task & Purpose in February 2018 that Lovely had been “held accountable for her actions” with an unspecified administrative punishment.

“While specifics on this case can’t be released, 99th Air Base Wing leadership is satisfied with the outcome,” 99th Air Base Wing spokeswoman Maj. Christina Sukach told Task & Purpose at the time. “These cases are not tried in social media but handled through the fair and due process afforded to military members under public law and regulations.”

SEE ALSO: The Air Force Is Investigating An Airman Over A Homophobic YouTube Rant