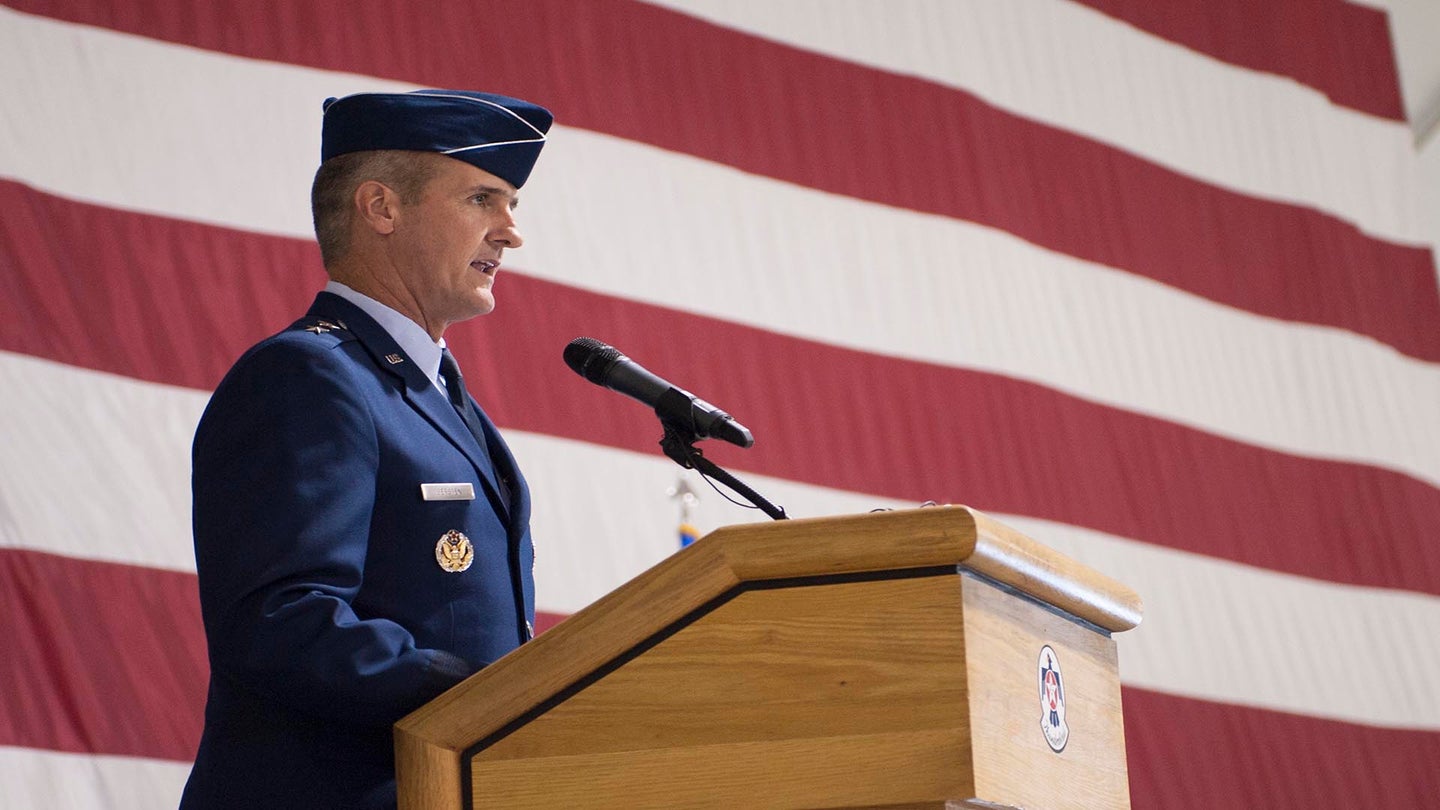 Former Air Force Maj. Gen. Peter Gersten has been busted down to colonel after an investigation determined he had an affair with a subordinate, an Air Force spokeswoman confirmed.

Investigators also found that Gersten had inappropriate relationships with two other women between 2010 and 2019, according to Oriana Pawlyk of Military.com and Stephen Losey of Air Force Times, who first reported the investigation’s findings on Friday.

In June 2019, Gersten was fired as head of the Air Force Warfare Center at Nellis Air Force Base, Nevada, over an alleged inappropriate relationship.

Gersten separated from his wife in May 2017 and the two divorced in December 2018, according to Military.com. Investigators determined that he began a sexual relationship with another woman while he was still married, which constitutes adultery under the Uniform Code of Military Justice.

A woman, who was not identified, told investigators that she and Gersten began having an affair in July 2018 when the two had sex in Distinguished Visitor quarters, according to Military.com.

Eventually, word got out that Gersten and the woman were texting each other lurid images and messages, undermining Gersten’s ability to lead, Air Force Times reported. In March 2019, the woman’s house was egged and an unknown person left a message on Gersten’s vehicle that warned, “We know.”

Investigators determined that Gersten had two prior affairs while married, including a relationship with one woman who would reportedly call Gersten after marriage counseling sessions with her now former husband, according to Air Force Times.

Gersten graduated from the Air Force Academy in 1989 and had totaled more than 2,800 flying hours, including more than 400 combat hours over Iraq, Syria, Afghanistan, and Bosnia, according to his Air Force biography. He has a command pilot rating and has flown the F-16, MQ-1, MQ-9, RQ-170 and F-35.

When reached by Task & Purpose on Sunday, Gersten provided a brief statement that did not directly address the investigation’s findings.

“I’d like to thank the American people and the Air Force leadership for the opportunity to deploy, fight for, and defend this great nation for over 32 years,” Gersten said. “It’s been an honor to serve and sacrifice with some of the most dedicated and amazing men and women this country has to offer. God bless.”