An Open Letter To ‘Call Of Duty’: I’ll Give ‘Black Ops 4’ A Chance, But Don’t Hurt Me Again

Dear Call Of Duty, I’ve been putting this off, but we should talk. I wasn’t going to reach out after how... 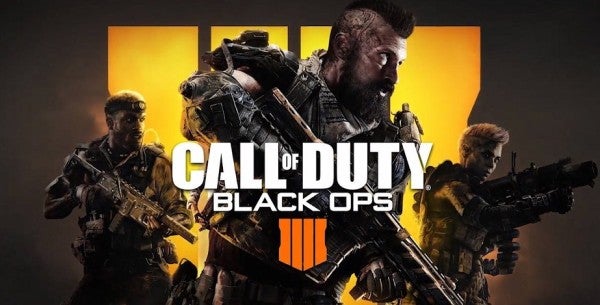 I’ve been putting this off, but we should talk.

I wasn’t going to reach out after how things ended with Call of Duty: WWII. You took me to the Second World War and left me on these tiny maps where my M1 Garand, M1 Carbine, and Lee-Enfield sniper rifle are all but useless. Who does that? Oh, and of course that’s the game you decide to introduce bipods for the very first time.

But when I saw your ads on Facebook, and Twitter, and Instagram, and on TV, talking about the new content for Call of Duty: Black Ops 4, I won’t lie: it was late and I’d been drinking a bit, so I dropped the $60 and bought it for Xbox One.

Honestly, it’s been nice. It’s not quite what it used to be, though you’ll always be the king of the frenetic spray-and pray first-person shooter, but this time around, you seem to have listened, at least a little bit: The maps feel less cluttered, and thanks to the new game-play mechanics — mainly swimming and fighting underwater — the matches feel more dynamic, and I could hardly believe it, but I actually got a few long range LMG kills yesterday.

You kept the character format, which, alright, fine, I know some people like the idea of picking a hero with special abilities, so I guess I get it. I’d have preferred you just added new perks that do the same thing, but you met me halfway: letting player’s swap out a character’s secondary ability for something else, like frag grenades — which you also made into a rechargeable ability, not a consumable — was a nice compromise.

The weapon attachments have always been a favorite of mine, and you delivered again. Customizing a gun to play to my strengths makes the whole experience a bit more personal — like it’s mine. I like that.

You also added something completely new: operator mods. The name’s a bit on the nose, but I get that you’re trying to play up the whole SOF thing, so I understand. Still, the operator mods are a nice touch, since they let you modify certain weapons in unique ways. I’ve been running amok with the semi-automatic marksman rifle that I modded with “double tap,” so now every one trigger pull sends two carefully aimed shots center mass, and thanks to the high caliber attachments that increase headshot and chest damage, it’s “so long, noob!”

There are some minor things I didn’t care for — like the way you made the score streaks set for an entire match, instead of letting me tailor them to my loadouts, or how you completely ditched the campaign and went straight for multiplayer — but I can overlook those.

My real concern is: How long will this feeling last?

Sure, it always starts out with butterflies, especially after that first no-scope sniper rifle kill, but too often it ends with me throwing the controller across the room because for the sixth round in a row I’ve been killed the same way: Some asshole with a submachine gun and rapid fire is hopping around the map, literally jumping over bullets, and slaying everyone in sight. Before I know it, each match is barely distinguishable from the previous one, and that, well, it takes all the excitement out of the game.

All of this is to say: I’m willing to give this another go, but I’m not ready to commit yet, or tell my friends that I’m playing CoD again — they still haven’t forgiven me after I told them to try the last addition to the franchise. You’re just too unpredictable: First, it was World War II, then Modern Warfare, then you went to Vietnam, then way into the future — don’t even get me started on the jetpacks, exo-suits, and that civil war with Mars — then like that: back to Normandy.

So, for now, let’s just keep it casual.

I’ll hop online this weekend. Maybe I’ll play a few rounds, and who knows, if it goes well I may log back in next week. However, I need to be honest with you: Battlefield V is going to be in town next month, and, well, it’s changed too — and, sorry if this stings, but Battlefield isn’t charging extra for expansion packs and new content, though you still insist on doing that.

What I’m saying is… let’s just see what happens, but let’s not make any promises we can’t keep.