Reimers sold more than 50 grams of methamphetamine, according to the Department of Justice. 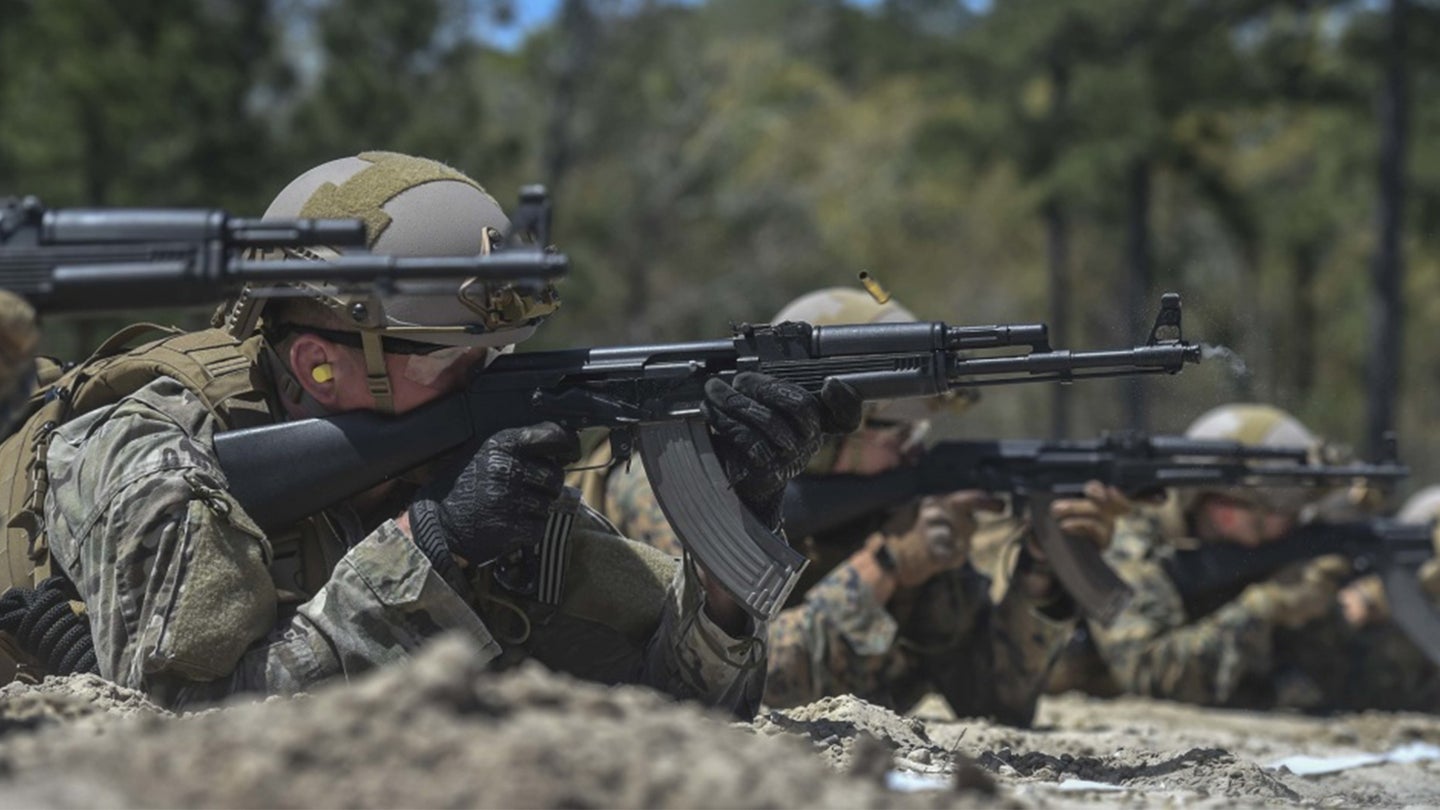 An airman based at Nellis Air Force Base, Nevada is going to prison for nearly three years after pleading guilty to selling a large quantity of methamphetamine and for illegally selling several weapons, including an AK-47 rifle, according to a Justice Department press release.

Airman Basic Michael Reimers, 41, formerly a master sergeant, was sentenced to 32 months in prison in federal court on Tuesday following his arrest in September 2019. Reimers pleaded guilty in April to selling methamphetamine and dealing firearms without a license. The official charges were one count of distribution of a controlled substance and one count of engaging in the business of dealing in firearms without a license. On top of the prison term, U.S. District Judge Kent J. Dawson also sentenced Reimers to three years of supervised release.

In March, a general court-martial also sentenced Reimers to 84 months of confinement, a demotion from master sergeant to airman basic (the lowest possible rank), and a dishonorable discharge, according to Air Force Times.

Reimers previously served as non-commissioned officer in charge of installation spectrum operations with the 99th Communications Squadron, Lt. Col. Bryon McGarry, a spokesman for Nellis Air Force Base, told Task & Purpose. He first entered the Air Force on April 12, 2000, according to the Air Force Personnel Center.

From July to September 2019, Reimers allegedly sold cocaine and more than 50 grams of methamphetamine, according to the DOJ. He also sold an AK-47 rifle, a .25 caliber handgun, and a 12 gauge shotgun without a license.

However, Reimers pleaded guilty to only one count of distribution of a controlled substance and one count of dealing in firearms without a license in federal court in April. Air Force Times reported in April that prosecutors moved to dismiss one charge of distributing a controlled substance and one charge of selling a firearm to a prohibited person at the sentencing hearing.

The Department of Justice said in its press release that Reimers had been sentenced for selling meth and a firearm, so the cocaine charge may have been one of the dropped charges.

Reimers is far from the first service member to dabble in the illegal drug business. In February, Marine 2nd Lt. Mitchell R. Nobis was due to be kicked out of the service after pleading guilty to attempting to sell Ecstasy on Marine Corps Base Camp Lejeune, N.C. and for using illicit drugs at a dubstep concert, among other things. That news came just a few months after five lance corporals, one corporal, and a sergeant were all convicted of drug-related offenses during separate court-martials in November.