A former Army recruiter stationed in San Antonio, Texas, was sentenced to 17 years in a federal prison on Nov.... 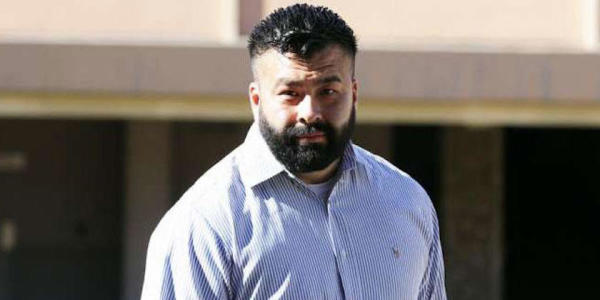 A former Army recruiter stationed in San Antonio, Texas, was sentenced to 17 years in a federal prison on Nov. 2 for his role in funneling dozens of assault rifles to representatives from the Gulf Cartel, one of Mexico’s oldest drug trafficking syndicates, NBC News reports.

Sgt. Julian Prezas, 37, pled guilty in December to charges of attempting to export defense articles to Mexico and lying on federal firearms forms. Prezas was arrested in September 2015 after selling a cache of guns that included 13 AR-15 assault rifles and 50 to 60 AK-47s to a federal informant that previous April, according to court records.

“Stopping the flow of weapons illegally exported into Mexico is a top priority,” Homeland Security Investigations special agent Shane Folden said in a statement. “These weapons often contribute to fueling the violence committed by drug cartels, which drastically affects communities both in Mexico and in the United States.”

In 2016, Mexico surpassed Iraq and Afghanistan to become the world’s second-deadliest war zone, just behind Syria, according to the annual Armed Conflict Survey by the International Institute for Strategic Studies. That year, 23,000 Mexicans were killed at the hands of the nation’s increasingly violent drug cartels. At least 163 Americans were murdered in Mexico between December 2014 and December 2016, according to the Department of State.

A joint inquiry by the Department of Homeland Security and the Bureau of Alcohol, Tobacco, Firearms and Explosives found that Prezas often delivered firearms to Mexican cartel goons in uniform and using his government vehicle, often receiving the weapons at his San Antonio recruiting station, according to the San Antonio Express-News.

Related: Deported To Mexico, US Veterans Are Pressed Into Service By Drug Cartels »

Investigators believe that Prezas engaged three other former soldiers — Thomas John Zamudio, Ricardo Esparza Salazar, and Christopher Brown — in his straw-purchase scheme as part of a conspiracy to “possess firearms in furtherance of drug trafficking crimes,” a major violation of U.S. federal law. Those three men all received probation instead of prison time.

“It is deeply troubling that a member of the… military flagrantly violated federal firearms laws, and engaged three other servicemen in a straw purchasing scheme,” ATF special agent Fred Milanowski said in a statement announcing Prezas’ sentence. “This defendant was keenly aware that the firearms were destined for the Gulf Cartel in Mexico.”