You boys ever been to Mex-E-Co? 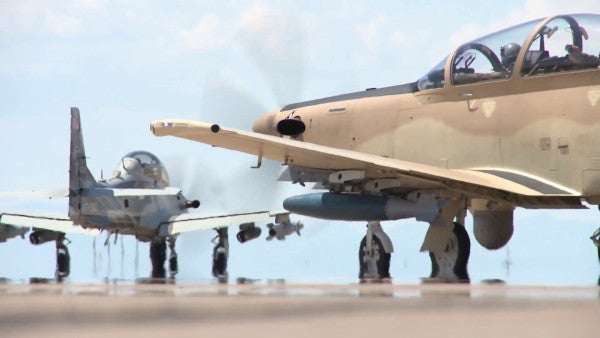 There are no signs that President Donald Trump has ordered the U.S. military to join Mexico's war against drug cartels – at least not yet.

After nine members of an American family were brutally murdered in Mexico, Trump tweeted on Tuesday that the United States stood read to help Mexican authorities annihilate drug cartels.

“The great new President of Mexico has made this a big issue, but the cartels have become so large and powerful that you sometimes need an army to defeat an army!” the president tweeted.

“This is the time for Mexico, with the help of the United States, to wage WAR on the drug cartels and wipe them off the face of the earth,” Trump continued. “We merely await a call from your great new president!”

This is the time for Mexico, with the help of the United States, to wage WAR on the drug cartels and wipe them off the face of the earth. We merely await a call from your great new president!

Mexican President Andrés Manuel López Obrador has thanked Trump for his offer but also vowed that his country will act with “independence and sovereignty” to punish the criminals responsible for the American family's death, according to Washington Post reporter Mary Beth Sheridan.

All that said, the president is famous for using Twitter to announce policy decisions, such as when he recently tweeted that U.S. troops would protect oil fields in eastern Syria.

Since taking office, Trump has ordered the Pentagon to redirect military construction and counter-narcotic funding toward building a wall along the US/Mexico border.

On Oct. 14, Trump defended his approval of withdrawing all U.S. troops from northeastern Syria by tweeting that he would “much rather focus on our Southern Border which abuts and is part of the United States of America.”

The United States and Mexico have had a fraught relationship for centuries. In 1848, Mexico lost more than half of its territory to the United States. The U.S. military went on to occupy Veracruz in 1914 and two years later Army. Brig. Gen. John Pershing led a punitive – and unsuccessful – expedition into Mexico to punish Pancho Villa.

But the two countries haven't always been at odds. During World War II, Mexico's air force fought alongside the U.S. military in the Philippines and the Mexican troops deployed to the United States on a humanitarian mission following Hurricane Katrina in 2005.