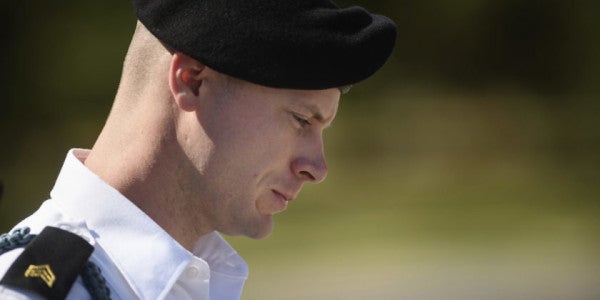 An Army appeals court has rejected Bowe Bergdahl's claim that President Trump's public description of him as “a no-good traitor who should have been executed” and other comments on the disgraced soldier's case were substantial enough to alter the course of his court-martial proceedings despite evidence of unlawful command influence (UCI).

In a 2-1 ruling, a trio of Army Court of Criminal Appeals judges determined that while Trump's frequent invocation of Bergdahl in the White House rose to the level of “some evidence” of UCI, the “cumulative effect could not reasonably be perceived by the disinterested member of the public as improper command influence or otherwise indicative of an unfair proceeding.”

The judges heard arguments from Bergdahl's attorneys earlier this month that Trump's comments about the case as president constituted “apparent” UCI, evidence of which has led judges in several recent cases to overturn convictions on appeal, by making it it impossible for the soldier to “get a review by a convening authority liberated from the toxic comments of the president of the United States.”

During Bergdahl's original court-martial proceedings in February 2017, Army Col. Jeffery R. Nance ruled that Trump's statements on the campaign trail (and, therefore, a private citizen) didn't rise to the level of UCI, but he did delay Bergdahl's sentencing so he could carefully weigh the issue after Trump referred back to his previous comments after becoming president.

Bergdahl was was sentenced in 2017 to reduction in rank from sergeant to private, forfeiture of $10,000 in pay and a dishonorable discharge. On Twitter, Trump called the sentence”a complete and total disgrace to our Country and to our Military.”