Fortunately, the white phosphorous M-156 rocket landed about 60 miles northeast of Tucson in a remote area. 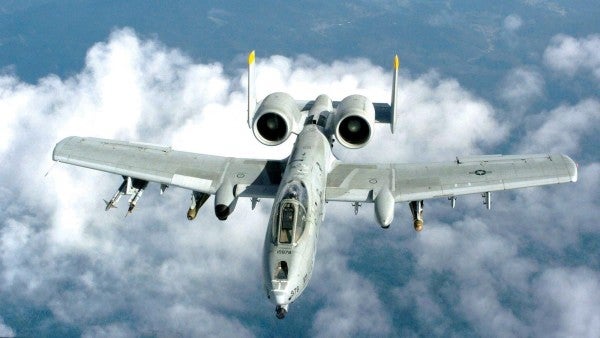 The Air Force is investigating after an A-10C Thunderbolt II fired a rocket during a training mission near Tucson, Arizona on Sept. 5.

Fortunately, the white phosphorous M-156 rocket landed about 60 miles northeast of Tucson in a remote area near Mount Graham. Officials at Davis-Monthan Air Force Base said there were no injuries, damage, or fires due to the mistaken launch, according to Air Force Times.

The aircraft was assigned to the 354th Fighter Squadron from the 355th Wing, and was taking part in a routine training mission over the uninhabited desert of the Jackal Military Operations Area, according to Tucson.com.

In July, another A-10 unexpectedly released some of its ordnance after it was hit by a bird during a routine training flight in Florda — the bird-to-warthog collision resulted in the aircraft dropping three BDU-33 training bombs somewhere near Suwanee Springs, Florida, Task & Purpose previously reported.

Despite the recent accident, there's probably an Air Force public affairs officer out there who's grateful this wasn't another sky dong incident.