Air Force A-10 gets hit by bird, ‘inadvertently’ drops 3 dummy bombs in Florida

An Air Force A-10 pilot dropped three dummy rounds after being hit by a bird during a routine training flight on Monday in Florida. 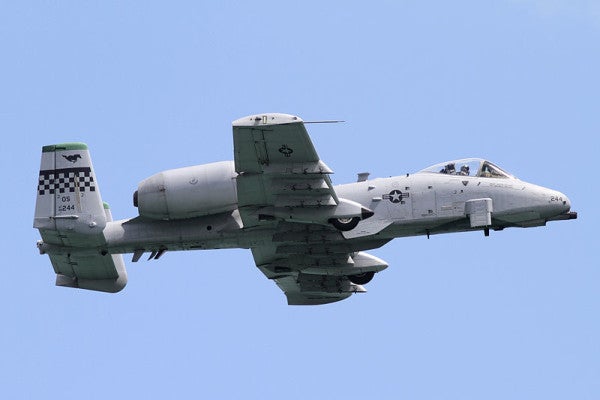 An Air Force A-10 pilot dropped three dummy rounds after being hit by a bird during a routine training flight over Florida on Monday.

An A-10C Thunderbolt II with the 23rd Fighter Group out of Georgia's Moody Air Force base “suffered a bird strike which caused an inadvertent release” of three BDU-33 training bombs somewhere near Suwannee Springs, Florida, the service said in a news release.

The BDU-33 is a 25-pound blue training round similar to an M1a-82 500-pound bomb, the service said. Although it is inert, the round still has a small pyrotechnic charge.

Which means that if you come across it, you're not supposed to touch it. Yes, that means you, Florida Man.

The Air Force says the incident is under investigation and no injuries or damage have been reported.

The bird would probably disagree.