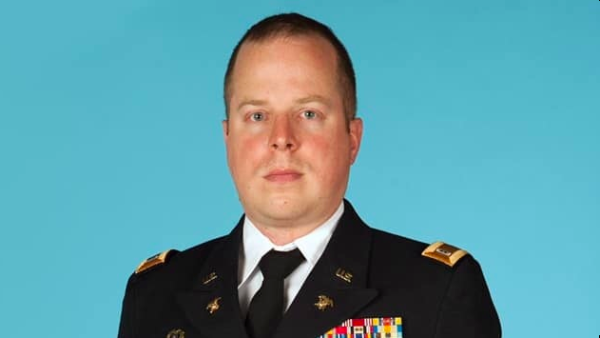 One U.S. Army Reserve soldier was killed and two others injured at Fort Pickett on Monday when he was struck by a tree toppled during severe weather.

Chief Warrant Officer 2 Kevin Sullivan, 34, died from injuries sustained when the tree fell over during a training event, the Army Reserve's 103rd Sustainment Command (Expeditionary) said in a news release posted by the Virginia National Guard.

During the training event, a “large tree” fell directly on Sullivan, while the other two soldiers, both assigned to the 952nd Quartermaster Company, were injured after the tree hit a parked Humvee that they were near.

Both of the injured soldiers served have been treated and released from the hospital and are “recovering from their injuries,” the Army said.

According to the press release, Sullivan joined the Army in 2003 and served in Iraq from 2007-2008. Among the awards he received are the Army Commendation Medal, Army Good Conduct Medal, National Defense Service Medal, and more.

He is survived by his mother, father, and sister.

The Virginia Guard posted on Tuesday that no Virginia or Kentucky National Guard soldiers were involved in the accident.

“We extend our deepest sympathies to the loved ones of the Soldier who was killed, and we wish a speedy recovery to the Soldiers who were injured.”

SEE NEXT: A Dozen Statues Have Arrived In The Gulf Of Mexico For An Underwater Memorial To American Veterans