He was known for his "relentless work ethic and dedication to his profession." 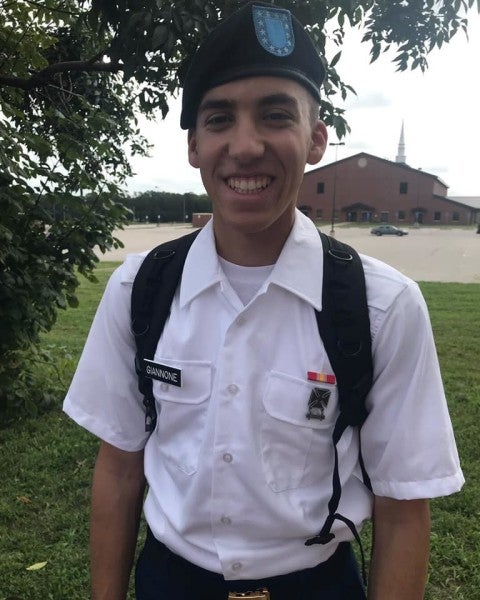 A 19-year-old soldier was killed in a car accident on Monday night while on leave.

Army Pfc. Patrick Giannone, an information technology specialist, arrived to the 1st Special Forces Group (Airborne) last year, according to a Facebook post from commander Col. Owen Ray. He was assigned to 3rd Battalion, and known “across his section, company and battalion for his relentless work ethic and dedication to his profession and his team.

“It is never easy to accept the loss of one of our own and we support our 1SFG team and family,” Ray said in the post.

Giannone was a passenger in the vehicle on Monday, Virginia State Police told Virginia CBS affiliate WTVR, when the driver “lost control” of the car, running off the road and colliding with a tree. Both he and the driver were wearing their seat-belts; the driver sustained minor injuries and charges against him are pending, according to WTVR.

A public Facebook group called “In Memory of Patrick Giannone” was launched on Tuesday afternoon, with family and friends sharing photos and memories of the young soldier.