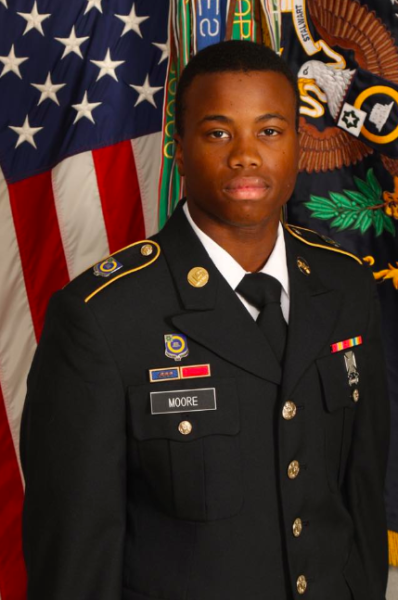 A 23-year-old Army private was killed on July 1st in an accident at a car dealership, the 1st Armored Division announced on Wednesday.

According to the El Paso Times, Moored was “looking for a car at Superstar Motors when he was fatally struck by a Jeep Liberty” that an employee from a nearby car lot was moving.

Another soldier involved in the accident was treated and released from the hospital, per the El Paso Times.

“Pvt. Moore was a terrific Soldier and beloved member of the 4-70 AR Thunderbolts Battalion,” Lt. Col. Bryan Frizzelle, 4-70 AR Battalion Commander, said in a statement on Facebook. “He was a patriot who volunteered to serve his country as a tanker during a time of war. His tragic and unforeseeable death deprives his family, his son, and our Army of a truly talented young man.”

Moore had earned the National Defense Service Medal and Army Service Ribbon, per 1st AD. First sergeant of Bravo Company, 4-70 AR, 1st Sgt. Sergio Velazquez, said Moore was “one of the most responsible and mature soldiers” in the company, and will be remembered for being “one of the most humble, caring and respectful” soldiers in the unit.