"All 8,000 soldiers assigned to JRTC and Fort Polk salute Maj. Joseph and his proud service to our Army and nation." 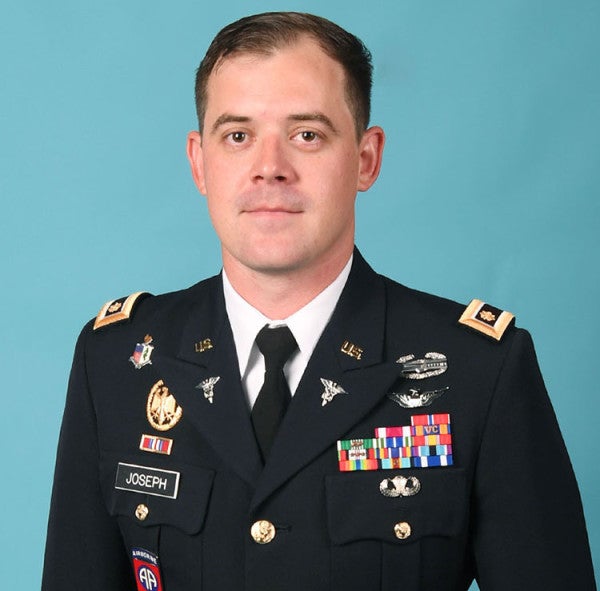 The soldier killed in a UH-60 Black Hawk accident at the Joint Readiness Training Center on Thursday has been identified as Maj. Trevor Joseph.

Joseph was the company commander of C Company, 1st Battalion, 5th Aviation Regiment — a MEDEVAC unit known to soldiers as “Cajun Dustoff,” according to a Fort Polk press release.

Joseph commissioned in 2008 as a medical services officer, and began his career as a pilot, the press release says; he deployed twice to Afghanistan — in 2010 and 2017 — and took over as the commander of C Company, 1-5 AVN in July 2018. During his career he received the Bronze Star, Meritorious Service Medal, Air Medal with Valor, Parachutist Badge, and more.

He is survived by his wife, Erin Joseph.

“The Army, JRTC and Fort Polk, and 1-5 AVN have lost an exceptional leader, warrior, officer, and pilot. Maj. Trevor Joseph led the most active MEDEVAC Company in our Army; he excelled leading Cajun Dustoff and ensuring soldiers in rotation at JRTC had rapid access to medical coverage – his team built readiness for the U.S. Army,” Brig. Gen. Patrick Frank, commanding general of JRTC and Fort Polk said in a statement. “Trevor's spouse, Erin, and his entire family are in our thoughts and prayers. All 8,000 soldiers assigned to JRTC and Fort Polk salute Maj. Joseph and his proud service to our Army and nation.”

The three other soldiers who were injured in the accident are in stable condition, according to the release. The incident is still under investigation.