The name of the deceased soldier is being withheld until next of kin are notified. 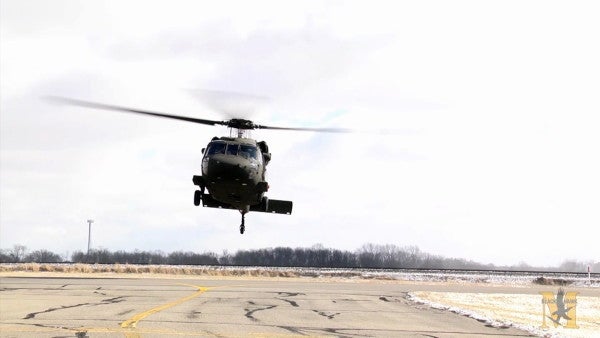 One soldier has been killed and three others injured Thursday in a helicopter accident at the Joint Readiness Training Center (JRTC) at Fort Polk, Louisiana.

JRTC and Fort Polk announced the incident on Facebook on Thursday, saying that four soldiers with the 1st Battalion, 5th Aviation Regiment were on board a helicopter early Thursday morning when the accident occurred. A Fort Polk spokeswoman confirmed to Task & Purpose the helicopter was a UH-60 Black Hawk.

“Four crew members were on board the helicopter,” the Facebook post said. “One is deceased and three were injured. Names will not be released until notification of the next kin is complete.”

The accident is being investigated. ABC News reported that the Black Hawk was a medevac unit “en route to pick up another soldier with minor injuries.”

Training accidents have been happening with alarming frequency — in 2018, the House Armed Services Committee said that almost four times as many military personnel died in training accidents than in combat in the previous year.