Maj. Augustine Gonzalez was on his way to Fort Carson with his children when his vehicle collided with a tow truck that had stopped to assist a non-collision accident 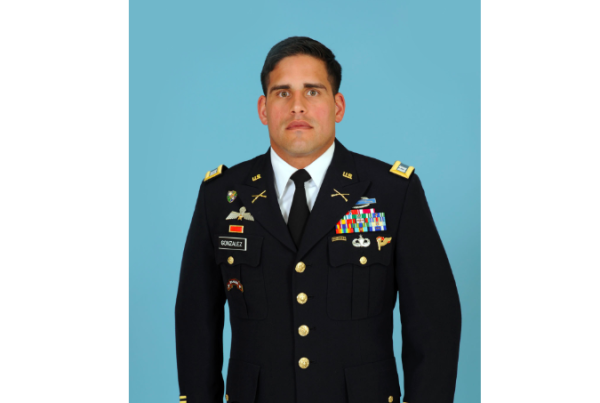 A tragic car accident in Kentucky over Memorial Day weekend took the life of an Army Maj. and two of his children who were in the car with him.

The accident, first reported by CBS affiliate WKYT, came about when the vehicle of 36-year-old Maj. Agustin Gonzalez — with the 1st Battalion, 38th Infantry Regiment, 1st Stryker Brigade Combat Team, 4th Infantry Division — collided with a stopped tow truck, which was assisting with a non-injury collision.

According to a GoFundMe campaign, which has already raised over $128,000, Gonzalez was on his way to Fort Carson “to take new orders” at the time of the accident.

Gonzalez was pronounced dead at the scene; two of his children, 6-year-old Noelle and 2-year-old Gwendolyn, were pronounced dead when they arrived at nearby hospitals. Nicholas Gonzalez, 8, is being treated at Hardin Memorial Hospital for minor injuries. The driver of the tow truck was not in the vehicle at the time, and was not injured.

Melissa Gonzalez, wife of Maj. Gonzalez, was on an airplane with the couple's newborn son at the time of the accident, the GoFundMe says. According to People, “military officials and family friends” met Melissa in Colorado to tell her the news.

According to information provided by the Army, Gonzalez joined the service in July 2005, and deployed four times to Afghanistan (in 2009, 2012, 2014, and 2017). He received a number of awards, including two Bronze Stars and two Meritorious Service Medals.

Army Col. Monte' L. Rone, commander of the 1st Stryker Brigade Combat Team, 4th Infantry Division, said in a statement to Task & Purpose that Gonzalez was “hand-selected” to be the Executive Officer of the Battalion.

“We are deeply saddened by the loss of Maj. Agustin M. Gonzalez and his two daughters Noelle and Gwendolyn,” Rone said. “We want to send our heartfelt condolences to the family and friends of the Gonzalez family. We will continue to support his family during this tragic time and honor Agustin's legacy as a father, husband, son, and soldier in the U.S. Army.”

According to the GoFundMe, Gonzalez had just completed a Masters in Public Policy at Duke University. Dean of Duke's Sanford School of Public Policy, Judith Kelly, said in a Facebook post that “Augie was an exemplary student, and it was with great pride that we congratulated him and his family on his graduation just two weeks ago.”

A neighbor of the Gonzalezes, Manaz Kuriyodath, told ABC affiliate WTVD that Augustine, “affectionately” known as Augie, was “full, bright, all the time.”

“He had school to study, like his wife is not working, a 1-month-old baby, and he still always works out, plays every evening, makes sure he has fun with the kids … he's a great dad, a great friend,” Kuriyodath said.

SEE NEXT: A Soldier Who Died In Afghanistan Is The US Military's Fifth Non-combat Fatality In 3 Weeks