You have orders to Southeast Arizona! Living out west may be going home for you or, like many military families,... 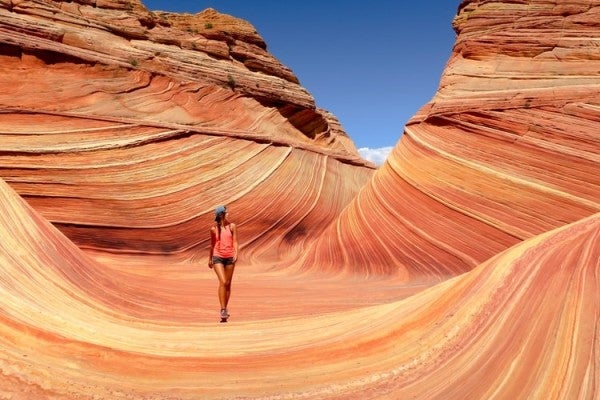 You have orders to Southeast Arizona! Living out west may be going home for you or, like many military families, it might be a brand new adventure. Living in a desert climate can be quite a different experience if you have never done it before. Knowledge of Arizona geography is usually limited to the Grand Canyon, Phoenix and maybe Tucson. In fact, if you have orders to Fort Huachuca (Sierra Vista), you might have to really search the map. Southeast of Tucson you say? Is there really something southeast of Tucson in the US? Sure enough, and it’s called “High Desert” which is something you may not even know exists! We have put together some information we hope will help you learn more about this desert area you are about to call home!

Snowbirds – Arizona has a huge retirement community. From military retirees to golfers, there is a definite influx of an older generation when the snow starts hitting the northern states. It isn’t a huge deal as rush hour traffic isn’t that bad to start with in most areas, with the exception of the Phoenix area. The real challenge is that the base pharmacies are not staffed for these military retirees, so starting in October there are generally longer lines. Oh, and for those who are looking for off-season tee times, that happens in July in Arizona.

Weather – Yes, it’s hot. Very hot in the summer. Average temperatures in Sierra Vista/Fort Huachuca in June hit 100. You can easily watch the temperature rise 10 to 15 degrees as you drive north towards Tucson. Sierra Vista is about 5,000 miles above sea level and it makes it much cooler than Phoenix. And it is, in fact, a dry heat. Some folks prefer the dry heat to humidity, but it can be a real adjustment for some people. Staying hydrated and taking care of your skin is a must when you live in any part of Arizona. And sunscreen? It is an absolute requirement year-round. You will burn fast in this part of the state as there is little shade and the sun is intense. Many playgrounds are covered for this reason… but please, lather on that sunscreen

Does it ever rain, is it ever cold? Actually, yes… in some parts of the state more than others. Monsoon season lasts from mid-June to mid-August. It rains almost every day, bringing in some cooler temps and greenery. You will experience more frequent rain in Sierra Vista and Tucson than in Phoenix, of course. In the high-desert area of Sierra Vista it snows in the winter, but usually not until after January. It’s not uncommon to see snow on the beautiful mountains in the distance, and it might even snow in your yard a couple of times… as late as mid-March. Snow in Phoenix is not likely, and in Tucson it might happen briefly.

Wildlife – The farther south you go in Arizona, the more interesting wildlife you see. Bugs, spiders (and yes, tarantulas during monsoon season!), snakes and the most talked about animal: the javelina. These wild pig like creatures are particularly amusing to those of us non-locals. They are pretty ugly, smell bad, and are not scared of anything. They torment the dogs and are smart enough to know when trash day is. They work together to knock over the trash cans so they can root through and make a huge mess. They can even get bungee cords off of the cans. But when you’re safe inside watching them walk down the street, it’s a treat. They are pack animals and can be aggressive, so steer clear.The Javelina!

It is also not uncommon to hear about sightings of “urban wildlife” on the bases here. Wildcats, bears, deer… many of them come down off of the mountain at certain times of the year, especially if wildfires have impacted their habitat. It is why folks are encouraged to keep trash cans inside your garage in this area, and why it is important to keep an eye on family pets. Yes, small dogs have been known to disappear when a large bird swoops down and yanks them right out of their yard!

Food & Beverage – You’re going to see a lot of wine in Southeastern Arizona. Yes! The desert is good for growing something! Vineyards stretch from Tucson east to Wilcox and south through Sonoita. Wine tours, wine tasting and festivals are popular throughout the late spring and into the fall months. Sierra Vista is also host to a fantastic wine tasting shop, owned and operated by a military spouse! Even if you’re settling in Tucson, it’s worth the trip down 90 to try out Hoppin’ Grapes. Tell Kristine we sent you.Prickly Pear, sold in grocery stores for cooking!

You will also get to experience different food items while you are here. Arizona is home to some of the oldest documented food traditions in North America. Meats are often smoked with mesquite wood, giving it a unique flavor. You might find syrups and jellies made from the Prickly Pear Cactus, you won’t want to miss eating a Sonoran Hot Dog (dog wrapped in bacon and topped with beans and other condiments), and of course Mexican cuisine is popular in the area. Yum!

Arizona Casual – The dress code down here in Arizona is pretty casual compared to the East Coast. Even in the business world, you’ll rarely see a business suit. For starters, it’s just too hot, and the atmosphere is much more casual. In fact, even casual is casual. Khaki shorts are very common in the summer and flip flops are a fashion staple. Office wear is generally closer to golf attire in the summer. Almost everything is more casual in Arizona.

Tombstone – Doc Holliday, Wyatt Earp, and Johnny Ringo liked Tombstone, and that should be reason enough to check it out. Staged gunfights fill the dusty streets, whisky flows from the saloons, and western legend look-alikes wander the streets in the most authentic western town left in the US. Visitors like to have old-time photos taken, visit Big Nose Kate’s, and try out one of the many tours. This is absolutely worth the drive!

Sedona – One of the most naturally beautiful places in the country is a half-day drive from the Tucson area. Red Rock National Park, the famous Bell Rock, and Slide Rock “water slide” is open and ready for visitors. Pink Jeep tours are a highly recommended way to see the sites and one of the most popular restaurants is Elote, which is famous for its fire-roasted corn dip. Definitely add this place to your list and get there early, no reservations accepted.

Bisbee – Tucked into the Mule Mountains about 90 minutes from Tucson and 30 from Fort Huachuca, Bisbee is a unique world. Established due to the copper and precious metal mines, Bisbee is a blast from the past these days. It’s well preserved as a twentieth century town and offers a cooler climate and creative spirit. Check out the Bisbee Breakfast Club to start your day off with a wonderful meal and stroll the streets for antiques, fun wares and wine-tasting. In October Bisbee hosts the “Bisbee 1000,” which is a foot race spanning about 4 miles and 10 staircases throughout town… 1000 stairs total! It’s a full-town event that you won’t want to miss!

Phoenix – There is so much to do in Phoenix, it’s impossible to pick just one thing to visit. The Zoo is wonderful, and can easily take a day to wander through. The Arizona Trail is a favorite here, which features the wildlife that are commonly seen throughout the state. There are also many options for hiking, sports, and museums, including the Hall of Flame Fire Museum and the Arizona Science Center. It may seem silly to drive a few hours for a weekend, but it opens up opportunities for lots of exploring time. In both Phoenix and Arizona you will find many hotel chains that are like mini-water parks! Multiple pools, splash pads, slides, lazy river rapids… all a chance to spend sometime in a “beach” environment despite the lack of water in the state!

Tucson – Reid Park Zoo is a favorite in the area, and can be seen in full in about 3 hours time. Military members can get a year-long pass that pays for itself in just a couple of visits. The Gas Light Theatre is a great place for a family dinner theatre experience, and there are many national parks, museums and canyons to explore.

Aircraft Boneyard – Beginning after World War II as a storage area for aircraft, this has turned into the largest aircraft boneyard in the world. Featuring over 4,400 various aircraft, this is a great place to wander around and see some old classics. Tours are available through the Pima Air & Space Museum (Tucson) and last about an hour and a half. Frequently throughout the year, there are special events held there, including a foot race in the spring.

A little bit further down the road – While you are stationed in this part of the country, there are a few vacation destinations you will not want to miss. The Grand Canyon, Las Vegas, and the Hoover Dam are must-sees while you are here. Additionally, it may only take you 8 hours or so to reach the California coast where there are tons of places to visit!

Arizona is home to three active duty military bases and two of them are located in the Southeast corner of the state. Both are historic in their own way and both have large retirement populations, as jobs are specialized here and the weather (as we’ve mentioned) is appealing to many.

Davis-Monthan Air Force Base – Located on the eastern side of Tucson, Davis-Monthan, or DM as it’s often referred to, plays host to A-10s. Housing is open to all ranks and the amenities include sports facilities, a roller hockey rink, and a splash park. A lot of active duty and retiree families make the trip to DM to use the large BX and commissary. There are two elementary schools on the installations, both of which are part of the Tucson Unified School District. Child care on the installation typically has a nine-month wait, and recreation facilities are plentiful.

Fort Huachuca – About 40 miles east out of Tucson, you’ll see a sign for Fort Huachuca. (Don’t worry, it takes a while to learn the pronunciation: Wah-Chew-Ca) 30 miles south from I-10 is where you’ll find it. Fort Huachuca, or Fort We-gotcha as it is affectionally called, is a training installation primarily training the next generation of intelligence officers and soldiers. Base housing is privatized and available to all ranks. Historic homes and new housing bring together a community that is close-knit despite the seemingly constant turnover. The school district on post is separate from the city schools, and has an elementary school for K-2, one for 3-5, and a new, technologically advanced middle school. Two off-post options for high schools are available, with transportation from the installation.