Alaska has been called the “Last Frontier” and being stationed here means you are in for a unique experience. Fort... 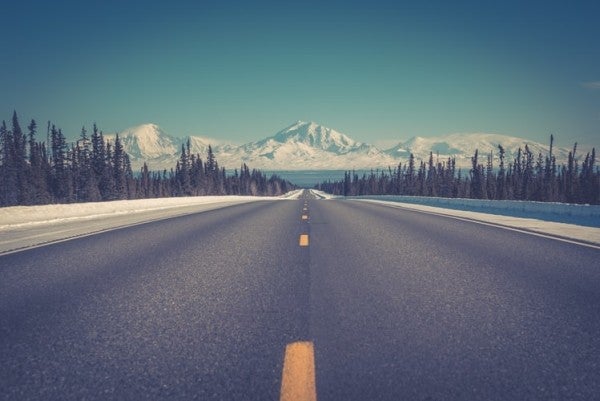 Alaska has been called the “Last Frontier” and being stationed here means you are in for a unique experience.

Fort Wainwright is considered an overseas tour. Additionally, if your dependents want to accompany you to Alaska, your PCS orders must say “concurrent travel” and each family member’s name must be listed on your orders.

WHERE IS FORT WAINWRIGHT?

Fort Wainwright is located in the North Star Borough of Fairbanks, the second largest city in Alaska. Centrally located, it is 365 miles north of Anchorage.

If there is a duty station where a military family should strive to live in on-post housing, Ft. Wainwright is it! Given the harsh winters, the heating costs, etc.; losing one’s entire BAH as a trade-off to live in a safe, well-cared for neighborhood, with maintenance, landscaping, trash removal and road plowing all taken care of is thought to be well worth it.

The North Haven master-planned communities offer a variety of homes and neighborhood amenities designed to meet your family’s needs. Take a look at what other mil-fams had to say about base housing. Read reviews and see photos now at PCSgrades.com.

COLD! The interior of Alaska is a unique area to live when it comes to weather. During the summer months (June-August) highs will range in the 60-70 degree range. In September the temperatures plummet.

It is not uncommon for this area to get snow during early fall. Usually, the first snow that sticks on the ground is in October and the snowiest months of the year are from Oct-Dec with the temperatures ranging from an average of 30 degrees in October to an average of 4 degrees in December.

January starts the hardest time of year as far as weather goes, with an average temp of -3 degrees but can see an excess of -50 degrees. February is also cold but usually, has an average of 10 degrees. The sun begins to shine in March bringing forth the ‘breakup season.’ Alaska does not have a spring season. It literally goes from 3-4 feet of snow one week, and in a couple of weeks, all of it is gone! Winter lasts from October to April.

You’ve probably heard Alaska is one of the most expensive places to live in the U.S. The good news is Fairbanks has one of the lowest cost-of-living rates in the state. It is on a par with Portland, Oregon. PCSgrades can help you find an awesome REALTOR today! Visit PCSgrades.com to get connected!

The BAH rates for Fort Wainwright decreased by more than 9% percent over the last year, ranking 22nd highest out of all army bases.

There is a full serviced commissary on post, as well as a chapel, Armed Services YMCA, veterinary services, and the Bassett Army Community Hospital.

Sunlight is not always a given. During the winter months, it can go down to as little as 3-4 hours of sunlight a day, culminating in the shortest day of the year around the 20-23rd of December. This day is known as the winter solstice. Gaining 17 minutes of sunlight per day until there is sunshine around the clock during the summer solstice, which varies between June 20-22. And then the reverse occurs. Often the summer seems like one long day because the sun doesn’t actually set again until August. But having the darkness in winter can be a blessing around Christmas time as everyone just leaves their Christmas lights on around the clock making the town into a picturesque Winter Wonderland.

Ft. Wainwright and the local Fairbanks area are one of Alaska’s hidden gems. If you like the outdoors or seeing untouched land and animals, this is the place to live. On any given day you can enjoy the view of the Aurora lights and a visit from the neighborhood moose! There is plenty of hunting, fishing, camping and winter sports available that you won’t get anywhere else! Fort Wainwright is a great area for enjoying hockey games in the winter, camping and berry picking in the summer.

IT’S NOT THE BOONIES

Enjoy a relaxing, entertaining boat cruise of the Chena and Tanana Rivers, including a guided walking tour of the Chena Indian Village. Additionally, you can see Susan Butcher’s champion dogs, the wedding of the rivers, and Dixie Alexander’s Athabascan art.

Nothing like viewing the northern lights in style and comfort! Located 21 miles north of Fairbanks, the Aurora Borealis Lodge is ideally situated for 360-degree viewing & photography. From late August through early April, they offer nightly aurora tours with round-trip transfers from Fairbanks.

Experience the natural healing waters of the 105-degree outdoor hot springs rock lake with the northern lights dancing above your head at this memorable resort. Families can enjoy the indoor swimming pool and hot tubs. No other place in Alaska offers both, and they are open year-round.

The museum offers interactive exhibits designed for young people and activities such as role-playing, science, art and crafts, building, physical movement, and water play. These events are specifically designed to create a playful learning environment.

They like to say “100 Years & Still Rockin'”. An Olympic staple, this is the oldest club devoted to any sport in Alaska.