‘He will be truly missed’ — Fort Wainwright soldier dies 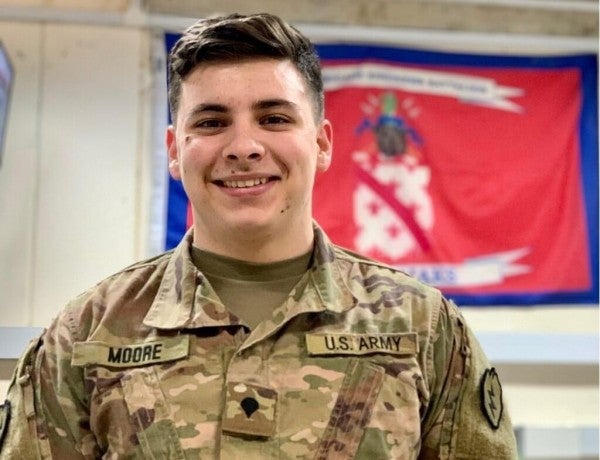 A soldier at Fort Wainwright, Alaska, passed away on Sunday, the installation announced on Tuesday.

“Our thoughts and prayers go out to the family and friends of Spc. Moore, who volunteered to serve his country as an American Soldier, both in and out of combat,” Lt. Col. Matthew Chase, commander of the 70th Engineer Battalion, said in the press release. “He was goal-oriented and a hard worker, a great intelligence analyst, and a dedicated friend.

“His kind character helped others through tough situations and he was there for his friends when needed. He will be truly missed.”

Moore, from Brandon, Florida, joined the Army in June 2018, and arrived in Alaska in May 2019 after serving at Fort Jackson, South Carolina; Fort Huachuca, Arizona; and Fort Benning, Georgia.

He was previously deployed to Iraq from August 2019 to July 2020. His awards include the Army Commendation Medal, National Defense Service Medal, and more.