"He was an outstanding paratrooper and friend." 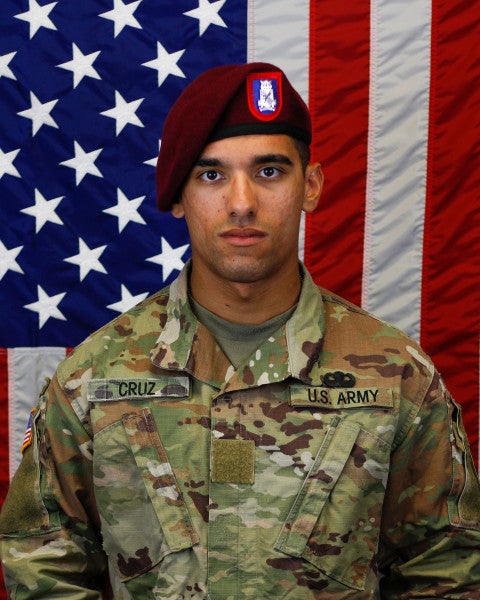 The 82nd Airborne Division has identified the paratrooper who died during training on Wednesday at Pfc. Jean Cruz De Leon.

Cruz De Leon, a 20-year-old from Marrero, Louisiana, was conducting airborne training operations on Wednesday at Fort Stewart, Georgia, when “his parachute malfunctioned,” according to a press release.

“He was an outstanding paratrooper and friend whose actions assisted with the success of our unit,” Molly said. “We are ensuring every resource is available to his family and peers to help them during this difficult time.”

Cruz De Leon enlisted in the Army in May 2019, and reported to Fort Bragg in October. His company commander, Capt. Charles McDonald, said in the press release that he “quickly assimilated” to the unit and was “a positive addition and influence to the team.”

“Cruz was a great soldier, always made everyone laugh when everyone was down, constantly raising the team's morale,” Weapons Squad Team Leader Spc. Brandon Arnold said in the release. “He consistently strived to better himself and was always there for his battle buddies.”

He is survived by his parents.