"If you had a problem, you could count on Bryan to help." 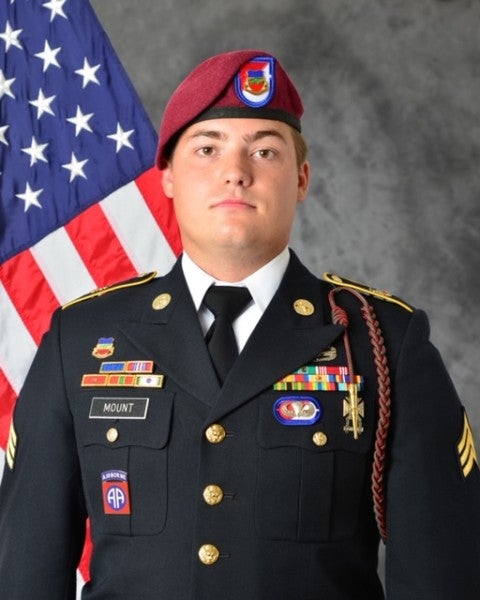 The Pentagon on Thursday identified the soldier who was killed in a vehicle rollover in Syria on Tuesday.

Sgt. Bryan “Cooper” Mount, 25, was killed while conducting reconnaissance operations in eastern Syria when the Mine Resistant Ambush Protected All-Terrain Vehicle (M-ATV) he was in rolled over, a Fort Bragg press release says.

Mount is survived by his wife and parents.

Maj. Gen. Christopher Donahue, commander of the 82nd Airborne Division, said in a statement that Mount was “a true American hero paratrooper who served honorably and gave his life defending his fellow citizens.”

“He was a husband, son, brother and leader who was adored by everyone who knew him,” Donahue said. “Our sole focus now is providing unyielding support to Cooper's family.”

This was Mount's second deployment since joining the Army in 2016. He previously deployed to Iraq in 2017 during the liberation of Mosul.

Lt. Col. Val Moro, commander of the 1-73, said in a press release that Mount had a “unique ability to make everyone laugh no matter who they were or how you were feeling.

“His paratroopers looked up to him. His care-free, easygoing personality made him approachable and well-loved,” Moro said. “If you had a problem, you could count on Bryan to help.”