This Fort Carson soldier could be the next Miss America 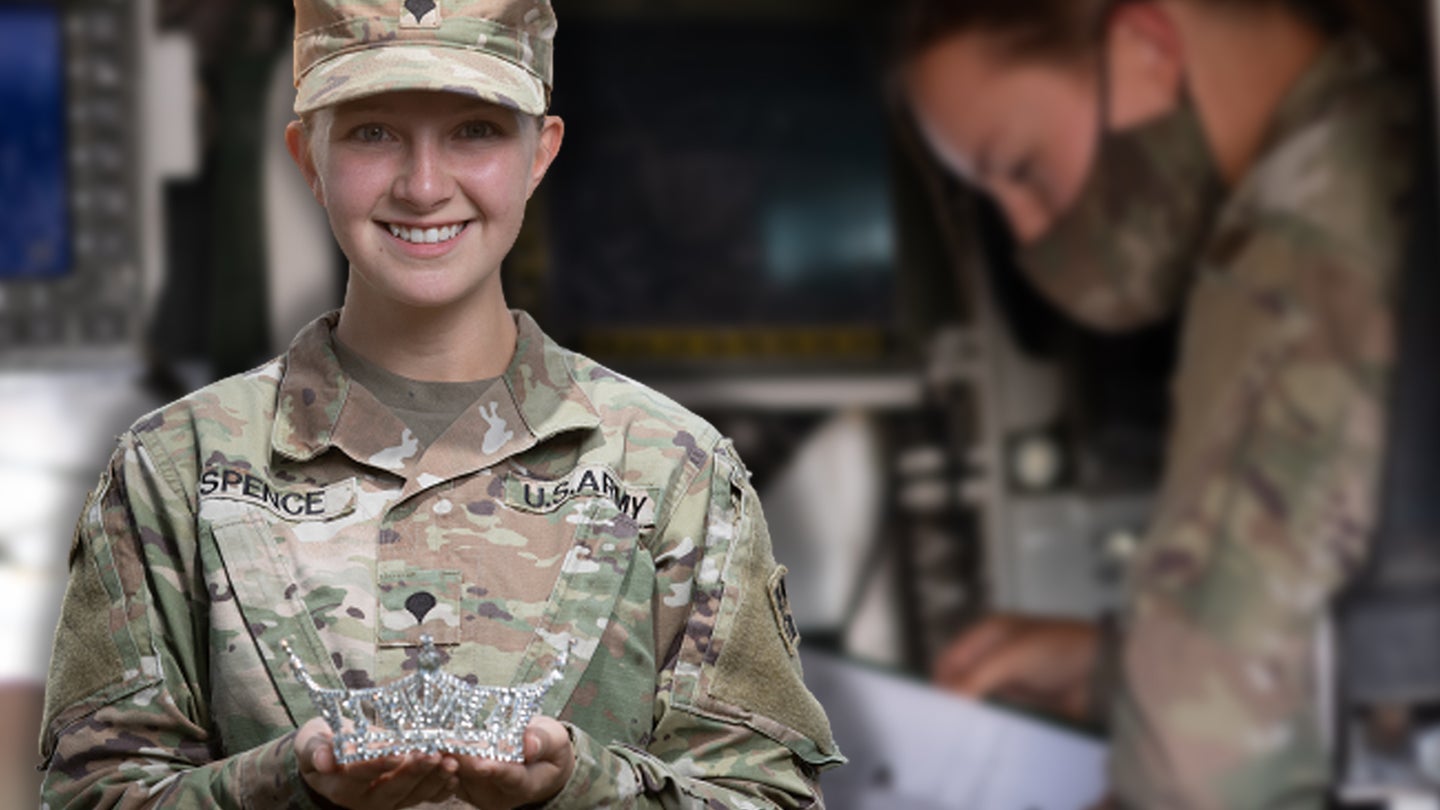 Spc. Maura Spence Carroll is not your average soldier.

After competing in pageants for years, Spence Caroll will be competing in the 2022 Miss America pageant after being named Miss Colorado earlier this month, according to an Army press release.

Spence Carroll has competed in pageants for almost a decade after seeing Miss America for the first time as a child, the Colorado Gazette reports. But after graduating high school in 2017 and realizing how costly it would be to get her college degree, she decided to join the Army in 2018. She said she “wanted to do something that would make people proud, that was kind of cool and would give me life experience.”

But Spence Carroll, whose five-year-old sister tragically drowned in 2015, was still struggling with her mental health. She’d been “more depressed than I had ever been in my life” in the time that followed her sister’s death, and after joining the Army she felt like she was “barely treading water, trying to keep up with everything,” she told the Gazette.

“That was the first time I had ever experienced monumental loss,” she said of her sister’s death. “It changes you.”

Last fall Spence Carroll said she finally sought help and was diagnosed with attention-deficit/hyperactivity disorder (ADHD). Now she’s “thriving” and she wants to use the platform of the Miss America pageant to help destigmatize mental health care, especially in the military community.

The stigma around mental health is “preventing service members from receiving care,” she said, and needs to be attacked “from every level.”

“You need to make it clear that jokes that are calling people weak … aren’t okay.”

Spence Carroll was named Miss Fort Carson in February, and on June 8 was crowned Miss Colorado. She told FOX21 that her chain of command is “very excited that I want to talk about the Army and that I’m showing people you can do anything you want to, there’s no limitations.”

Now, Spence Carroll is preparing for deployment according to her Facebook page, where yesterday she posted a series of videos answering questions from followers about the Army, and showing them what an average workday looks like for her in uniform. She praised her chain of command for being “super supportive” and said they’re willing to give her the time she needs to pursue her other dreams because “they know that I value being a soldier and working hard.”

1st Lt. Andrew Looss, the soldier’s officer-in-charge, praised her as a “self-starter” and said she has a “fire in her that makes her very proactive.”

“Her responsibilities are far greater than what is expected from a specialist, and she exceeds them with ease,” Looss said in the Army release. “She is a team player and brings great energy to the battalion and the intelligence section.”

And as she moves closer to the Miss America pageant being held in December this year, Spence Carroll is focused on two of the biggest factors that have motivated her over the years: her drive to erase the stigma around mental health care, and a promise she made to her little sister at her funeral in 2015.

“One day, I’m going to take you to Miss America with me,” she recalled telling her sister in the Army release. “Now that I’ve won Miss Colorado and am heading to Miss America, I feel like I’m fulfilling that promise to her.”